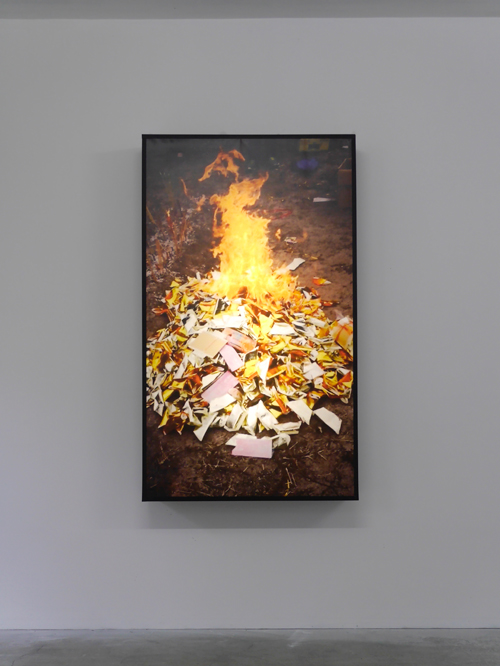 Craig Cooper’s Urban Exotic Dilemma/ Itinerant Vistas is a series of curatorial and artistic projects that explore the changing character of urban life with special reference to East Asia and Hong Kong in particular. It proposes to do this from within a personal and shared encounter with cities and their positions on various global and historical frontiers. Cooper highlights the interrelationship between architectures, bodies, and their inscription on the experience of place.

For the exhibition at Treignac, Craig Cooper will show a selection of recent work and key older pieces that set the stage for this on going project. His revaluation of contemporary place and experience is launched through the lens of the recent Occupy actions that overtook Hong Kong in September 2014. From here he draws us into a portrait of the city that is neither fully architectural nor a dérive-based search for its authentic core. Ghosts and memories fill its streets as much as contestation or the administration of peoples.

Urban Exotic Dilemma presents an every day world, strange and violent. A vast city is eviscerated mid turmoil and, in apocalyptic premonition, stands witness to a pre-emptive future that is surely drawing us in. The installation evokes an eerie deserted city though not the city of an urban plan. Cooper’s interrogation is directed towards the transformations that are taking place in it and through it. He presents political upheaval though he avoids, in a city of seven million, any portrayal of community, of group or social encounter. The only people that appear in the installation are a sleeping drunk, and the intimate and amorous gazing of a woman. The question is still open; which body will manifest?

Cooper’s work proposes to reject any model of the city where rigid and material bodies move through an endless and empty space. He proposes instead one where there is a ‘taking place’ of accelerated and contested encounters marked by technology and the logic of financialization. From all this emerges a political body, or rather he indicates and interrogates a place for this body to emerge.

Globalisation, as seen as the evolution of colonial power relations, is only one of the contexts that Cooper proposes to survey Hong Kong’s changing relations to China and the rest of the world. Tradition, personal interiority, population density and its increasing differences, all come together to unravel this singular mode of place that is emerging within the East Asian context.

Craig Cooper is an artist and curator born in UK living and working in Hong Kong. The Urban Exotic Dilemma project works through a trans-institutional platform tying together artists, archives, off-spaces and institutions, including WING Platform for Performance, Treignac Project, Madame Wang journal and Academy of Visual Arts, HKBU.

Urban Exotic Dilemma opens on the same days as As Object and Refusal; as Architecture and Symbol at WING Hong Kong with Bloom Collective and Wen Yau curated by Craig Cooper.