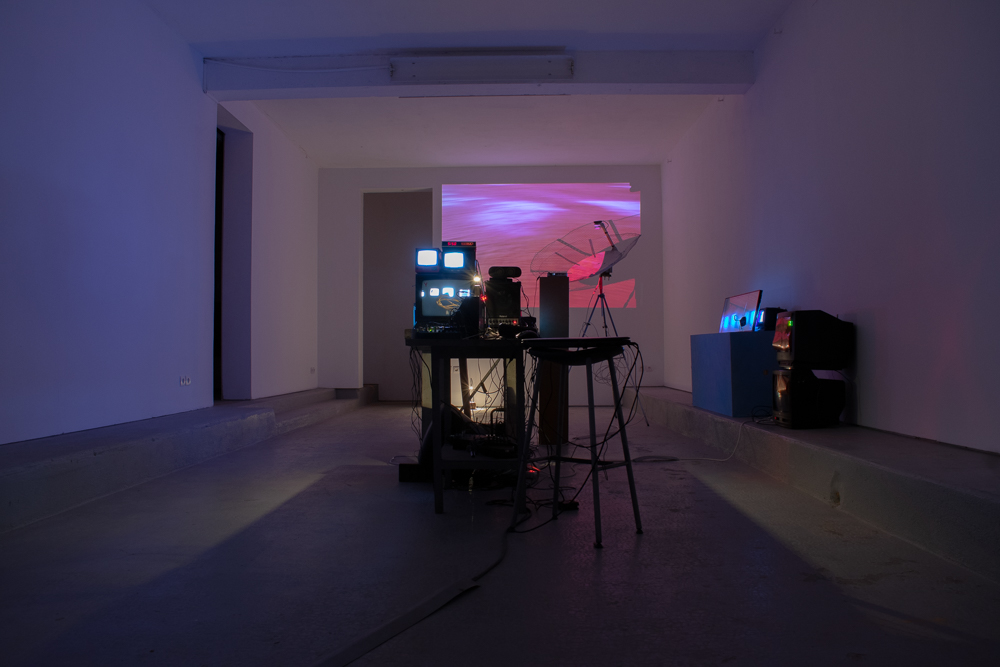 Silence Paradoxal is an installation and performance machine developed by Francis Violette over several iterations in parallel with his diagramatic painting practice. The title comes from Fermi’s Paradox, which asks why, given the overwhelming probability for the conditions of intelligent life to appear elsewhere in the universe, have we never found any evidence of communications from them? Though there are many explanations for this ‘silence’, the importance here is not to prove or disprove the existence of alien life, but to stay with the silence, and to explore contemporary life in the face of irresolution, complexity and unknowing. The installation interrogates the ‘deafness’ of the self image of Man as the intelligent, pinnacle of evolutionary life, and brings to the fore different possibilities for self understanding that underline symbiosis, resonance and lack as modes of reasoning.

The installation draws on the capability of household Televisions to tune in to relics of the Big Bang event that are present in Cosmic Background Radiation. These traces present themselves in the white noise and ‘snow’ of untuned television sets. Francis Violette has added an augmented satellite disc to his arrays of TV’s to complete this receptor which forms the basis for the performances made with the installation in collaboration with Christian Dedieu. The performed part of the installation consists of mimicking and tuning the sounds produced by the receptor in a feedback process that intuitively includes the life-frequencies of the performers. The installation references the outsider scientist as an agent between the specialist knowledge of advanced science and the lived knowledges of everyday life.