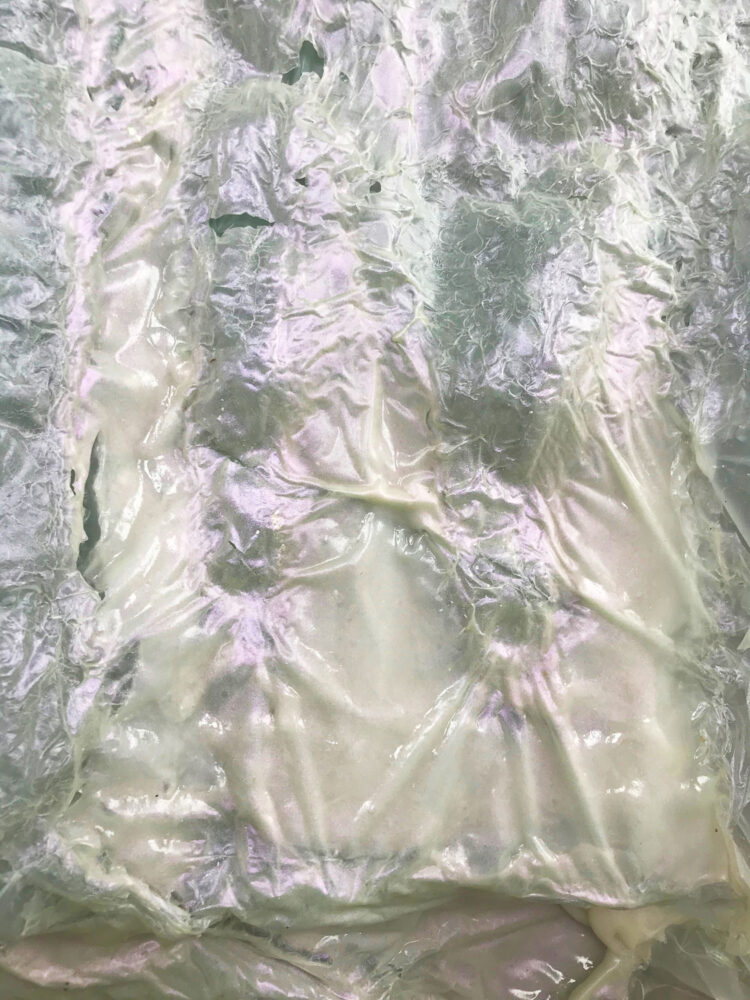 The presentation of soft artworks by Rao bask in the late afternoon sun and float on the breeze. Celebrating the unfixed and always aesthetic becoming, Rao’s work falls between drapery and auto-tuning. Taking inspiration from Treignac’s countryside, the exhibition will find itself always in flux. Continuing their work together in group shows at Shimmer in Rotterdam and Salon de Normandy in Paris, This Many-Coloured Sheen is the first solo exhibition of Rao’s curated by Eloise Sweetman.

Beginning with the jellyfish and its habitation in vehicles that have been dumped in the Cassis seaside, artist Shanta Rao has been developing a body of work that sits between scientific study, the deft gesture of drapery, and auto-body shop aesthetic. Rao thinly sprays multiple layers of elasticised marine paint mixed with iridescent** and interference*** pigments onto car bumpers, bonnets, and doors. Eventually, with gentle and slow movements, Rao peels away the form of a car revealing multiple possibilities and chance encounters.

Taking a position temporally, geographically, politically, or aesthetically is a clear element in Rao’s work. More importantly is to allow for change, mistake, new information, or desire to enter into creating and taking a new position. Learning from her material and the location where she is working always informs new possibilities. Taking rest, giving pause, finding that position gives Rao the time to contemplate, and us, the audience, time to take in what Rao has created.

The artistic approach of letting the artwork naturally take form is also an ecological approach like the jellyfish that must adapt to its environment formed of marine life and human debris. As the artist will tell you, the jellyfish is also changing in the eyes of the scientists that research it, from vegetal to an animal to something in between. It resists categorisation but at the same time does not need categorisation from science or art to survive. Rao’s works are about certain freedom, freedom from category and form. The form changes depending on the environment it is displayed, the weather conditions and atmospheric refections of the day, and those that attend to it, be it the artist herself, the curator, or the owner who collects the piece.

In This Many-Coloured Sheen, Rao has been working with the found materials and references of Treignac project. The artist improvises and works with the site rather than imposing preconditioned ideas, hopes, or desires. In the main exhibition space of the old yarn factory are two yarn trolleys now repurposed as exhibition devices to drape Rao’s artworks upon. The rust of the trolleys meets the rust of the car parts transferred onto the artworks. Here is a position found, a place to inhabit.

The brightly coloured reversible works are enjoyable to walk around. Taking different site lines, the work moves and morphs. Each piece is unique and forever changing. It requires careful attention from us as viewers and is generous in return by always giving something new to show. The exhibition similarly meets the works, creating a journey to find the artworks installed on pillars, on the floor or, behind walls, becoming site co-dependent. The route between the two exhibition spaces is connected by an outside walkway, giving a moment to pause, reflect, take in the place that the exhibition inhabits.

An in-between moment of time, of movements, of connections

For three weeks, as the summer flowers have blossomed and the river flows its ever-changing flow, Rao, with the assistance from Sam Holzberg, has been making new sculptural paintings on the top floor of the old yarn factory. Rao has moved towards the sunlight that pools into the room through skylights made of a see-through plastic cladding. The layering of space, colour, and materials is present in this room, framed by vines and accompanied by beetles, purple iridescent winged insects, and a now-empty birds nest. Mixing pearlescent, glitter, and chromatic pigments with potato paste, she and Holzberg spreads the mixture onto sheets of skylight cladding. The pieces are turning from wet pools to drying and shrinking the plastic into root systems or waterways. Eventually— maybe it will be the day you visit the exhibition, perhaps it has already happened—the mixture will crack. These works will flake away on the breeze over the garden of Treignac projet.

The flakes might join the river path, covered with its own shiny iridescence of reflective mineral particles of Mica. A shimmering shaking colour, a many-coloured sheen where industry and the natural world coalesce.

* The title is a reference in ‘Iridescence, Intimacies’ by Tavi Meraud in Eflux Journal #61 – January 2015: ‘This many-coloured sheen or complex of appearances produces an effect of iridescence, shimmering, an interplay of reflections which the Greeks perceived as the ceaseless vibrations of light’ Marcel Detienne and Jean-Pierre Vernant, Cunning Intelligence in Greek Culture and Society, trans. Janet Lloyd (Chicago: Univ. of Chicago Press, 1978), 18.
** A many-coloured sheen.
*** Two-tone shine whose appearance becomes apparent depending which way you move.

This Many-Coloured Sheen is the second exhibition by Eloise Sweetman for Treignac Projet, it follows This Dusk Song, a solo show by Gwenneth Boelens (2020-2021). Sweetman’s independent curatorial practice works with and is inspired by contemporary and historical female artists and their relationship with site, found or industrial material, and the breaking of hierarchies of form. Artists like Shanta Rao, Charlotte Posenenske, Katarzyna Kobro, Gwenneth Boelens, and Katie West each in their original and strong approach gives room for the material to tell them how the artwork will manifest, and also how the curator and audience can participate in the artworks changing forms. Posenenske and Kobro made artworks that mimicked architectural forms that can be installed in many different positions, this too is seen in the work of Rao. Whereas Boelens and West, like Rao, work with experiences of non-linear time and transformative space of flux and transition. All the artists step outside of category which makes the exhibition an exciting place to inhabit as a curator and audience, as it can be experienced in This Many-Coloured Sheen. 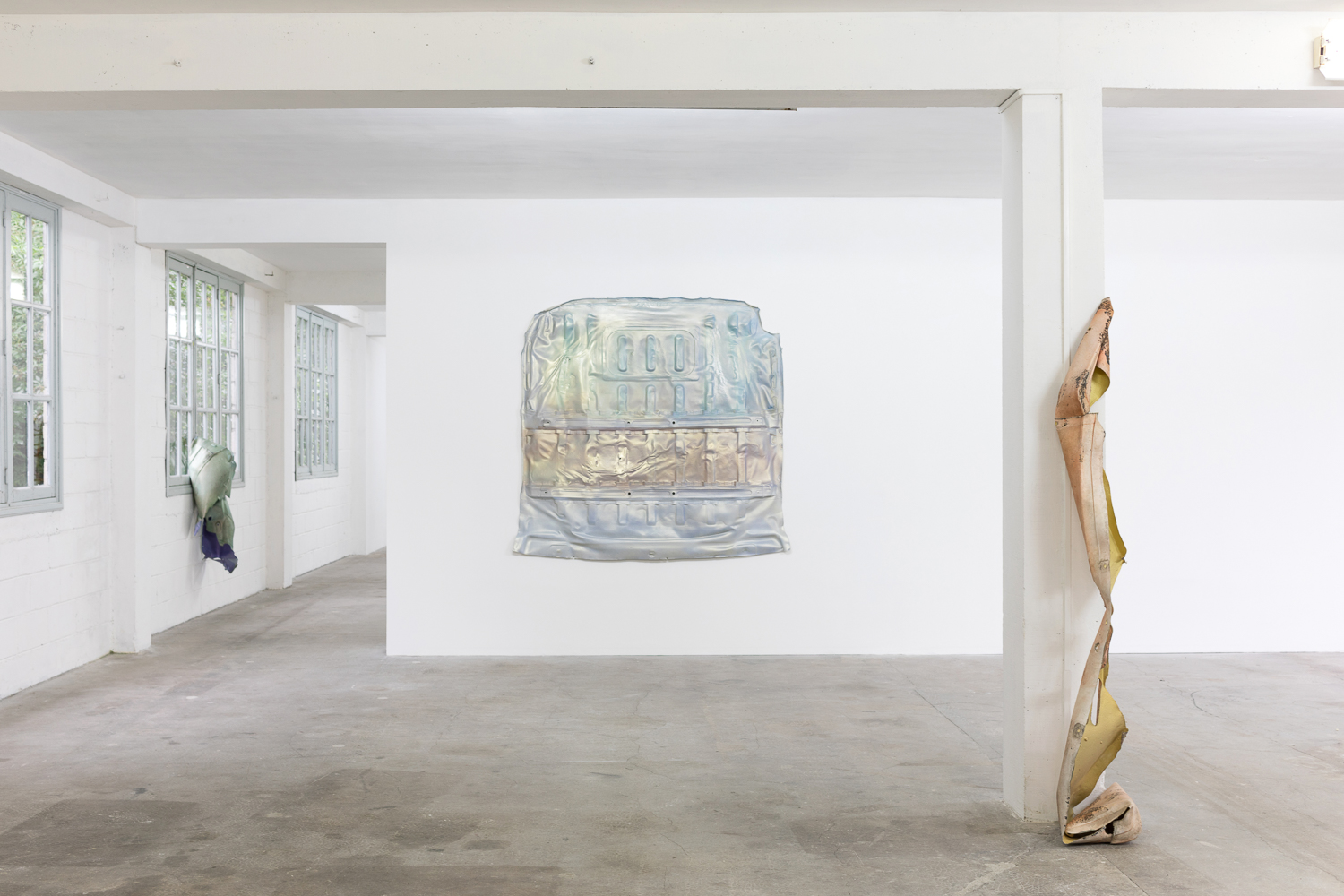 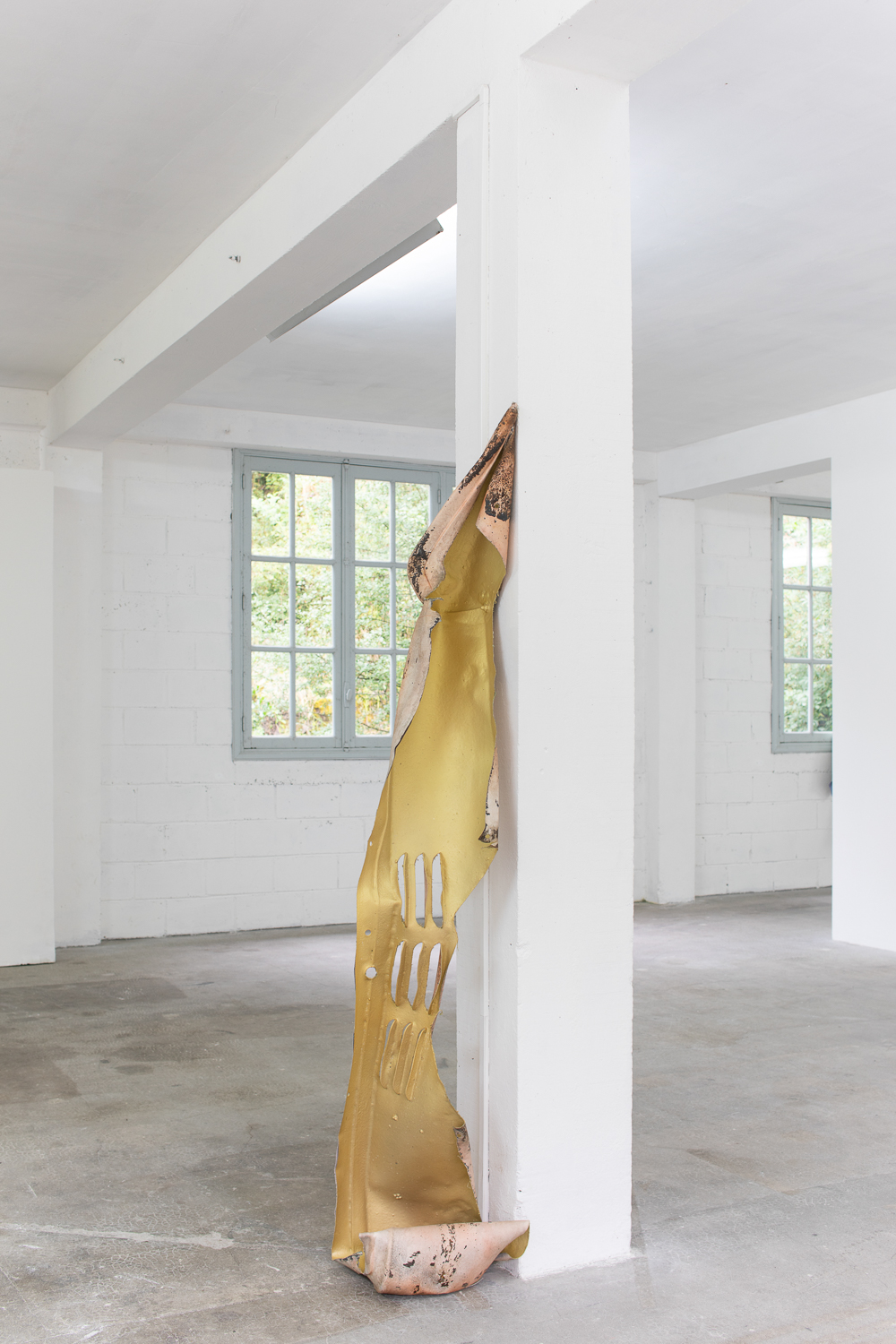 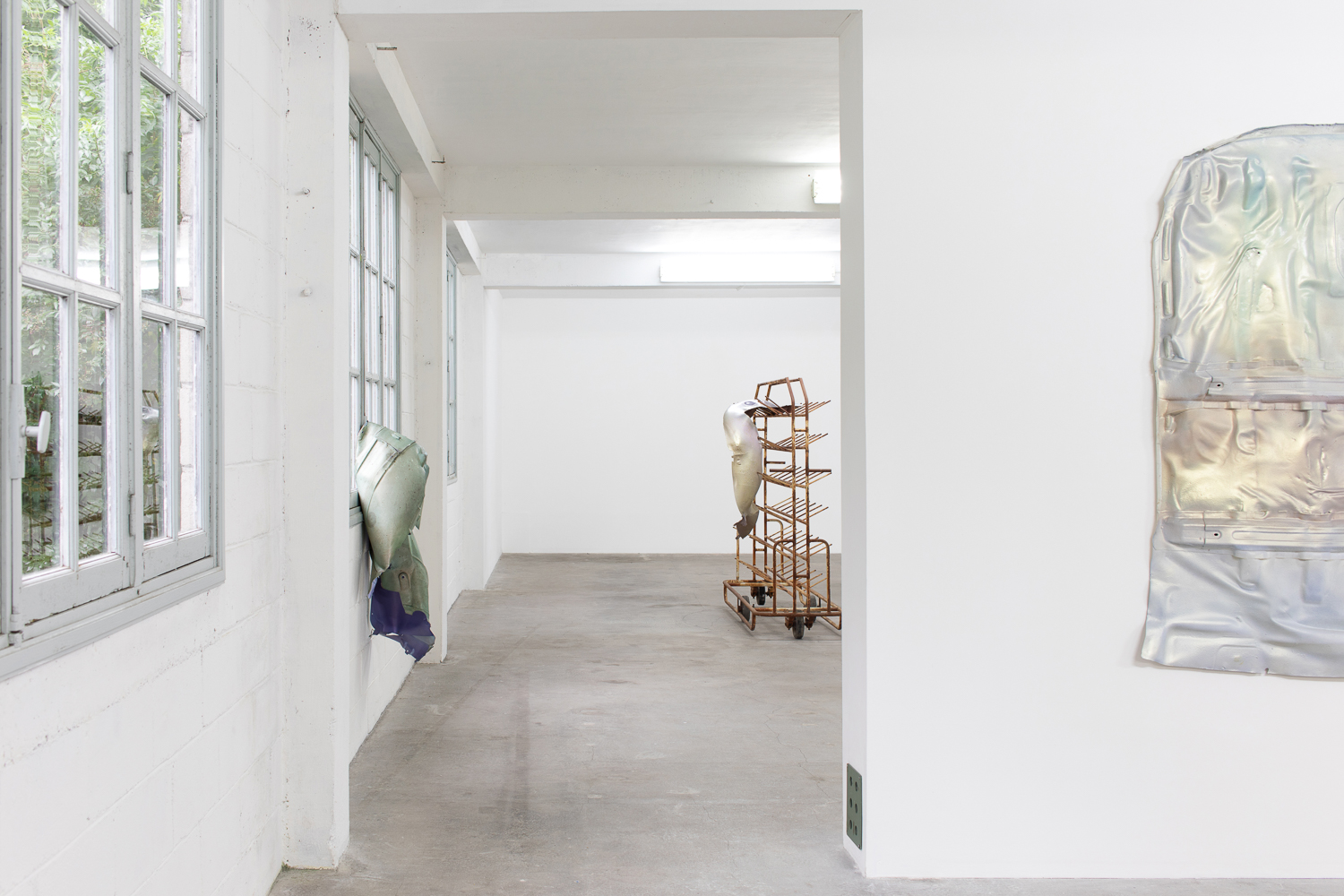 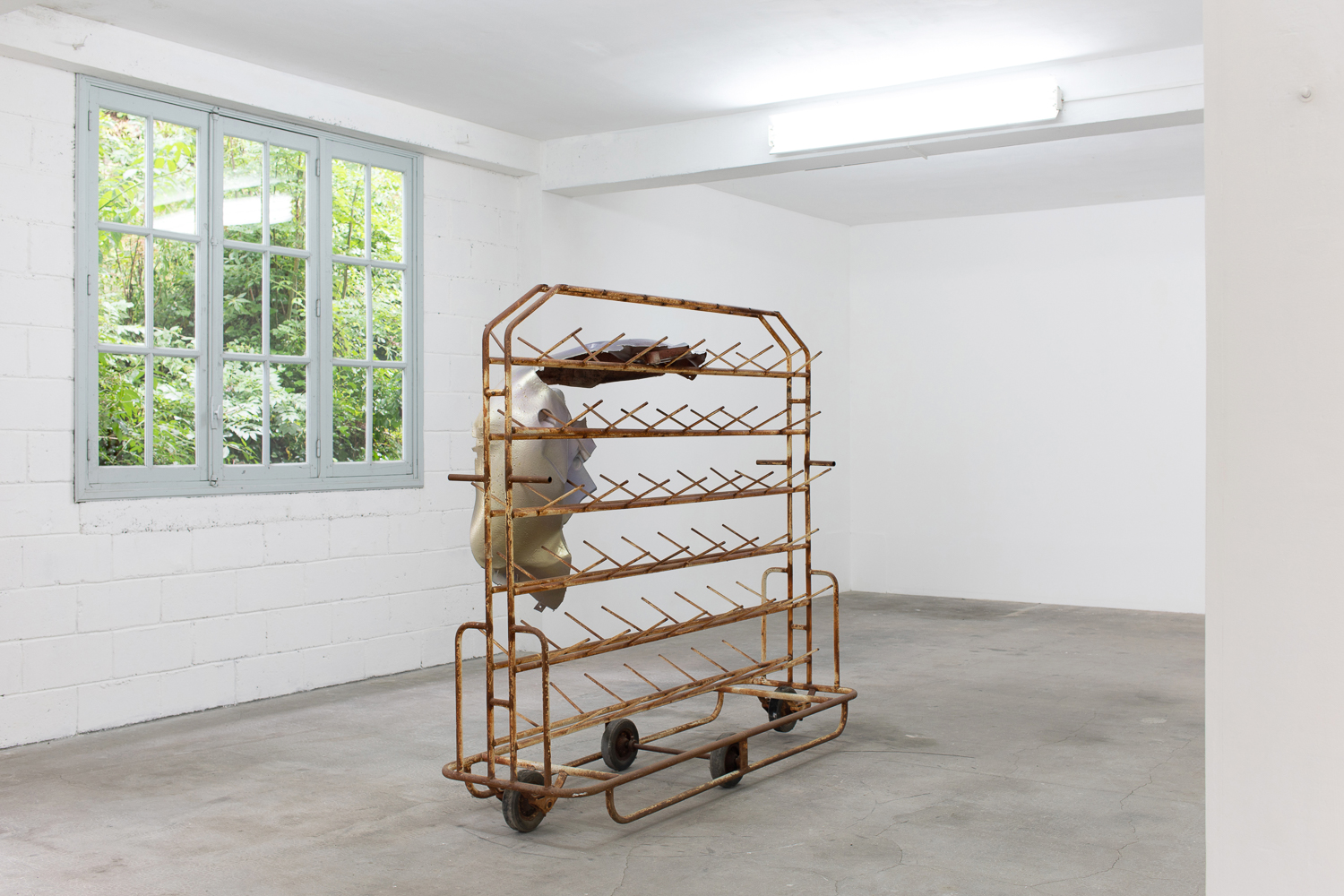 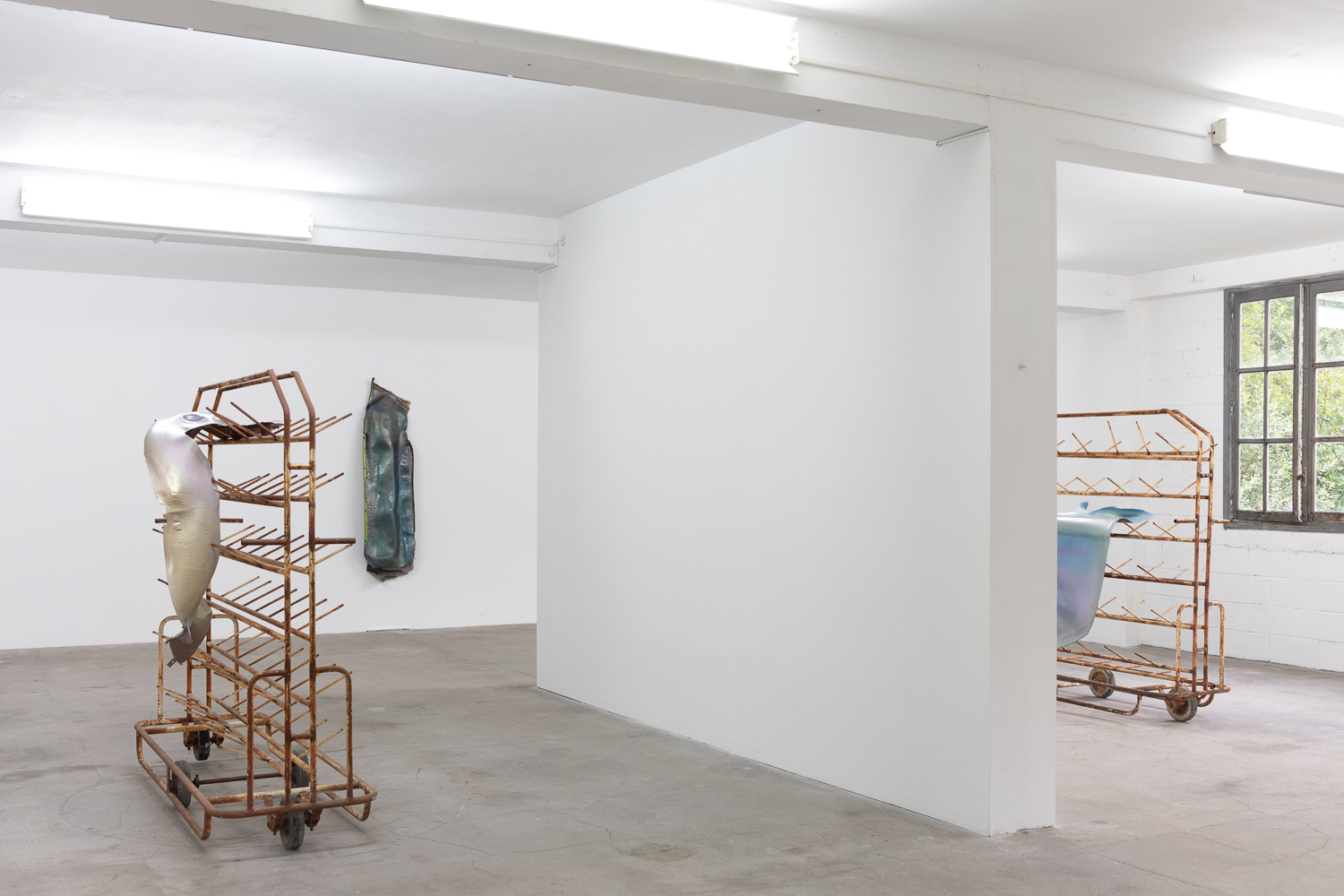 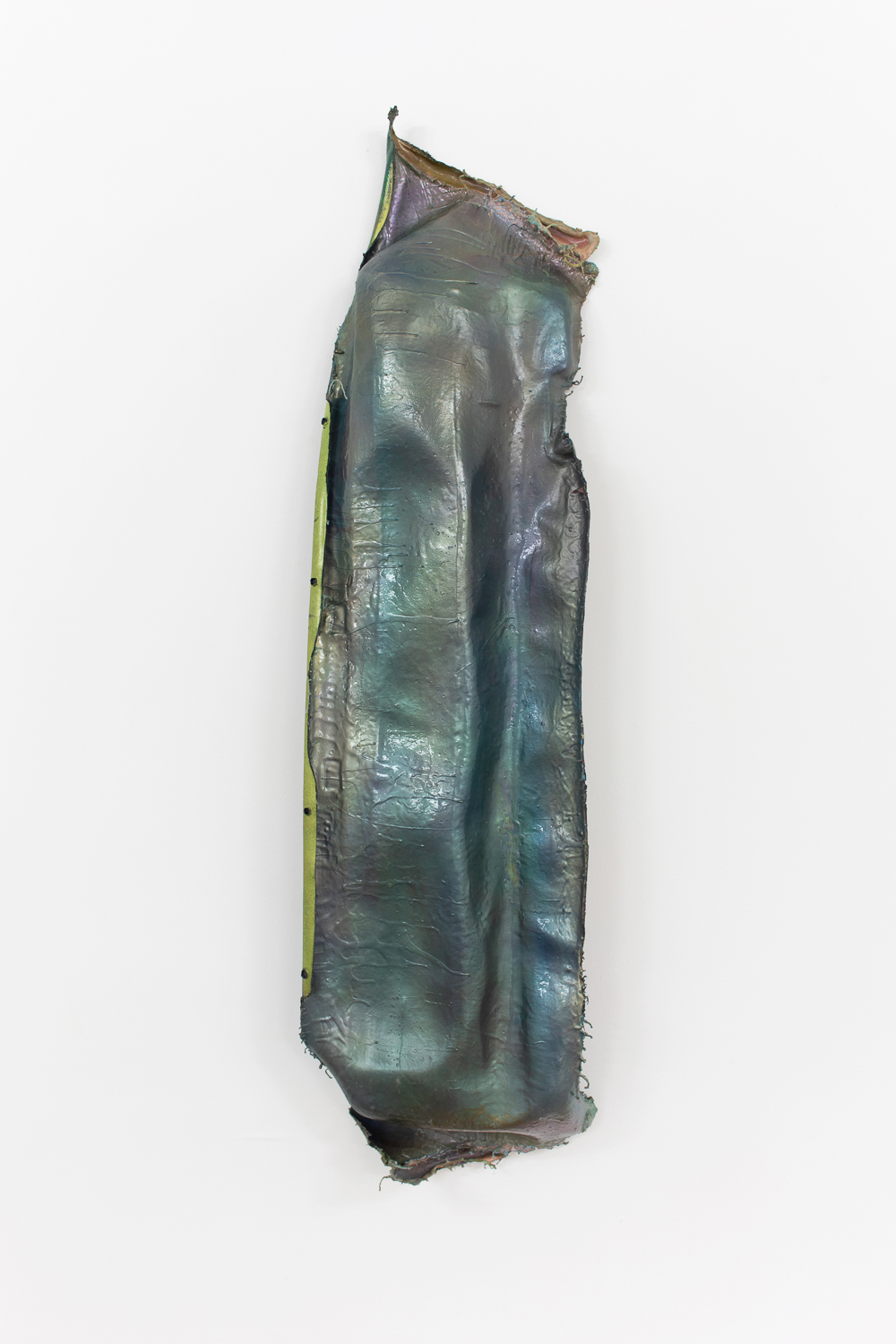 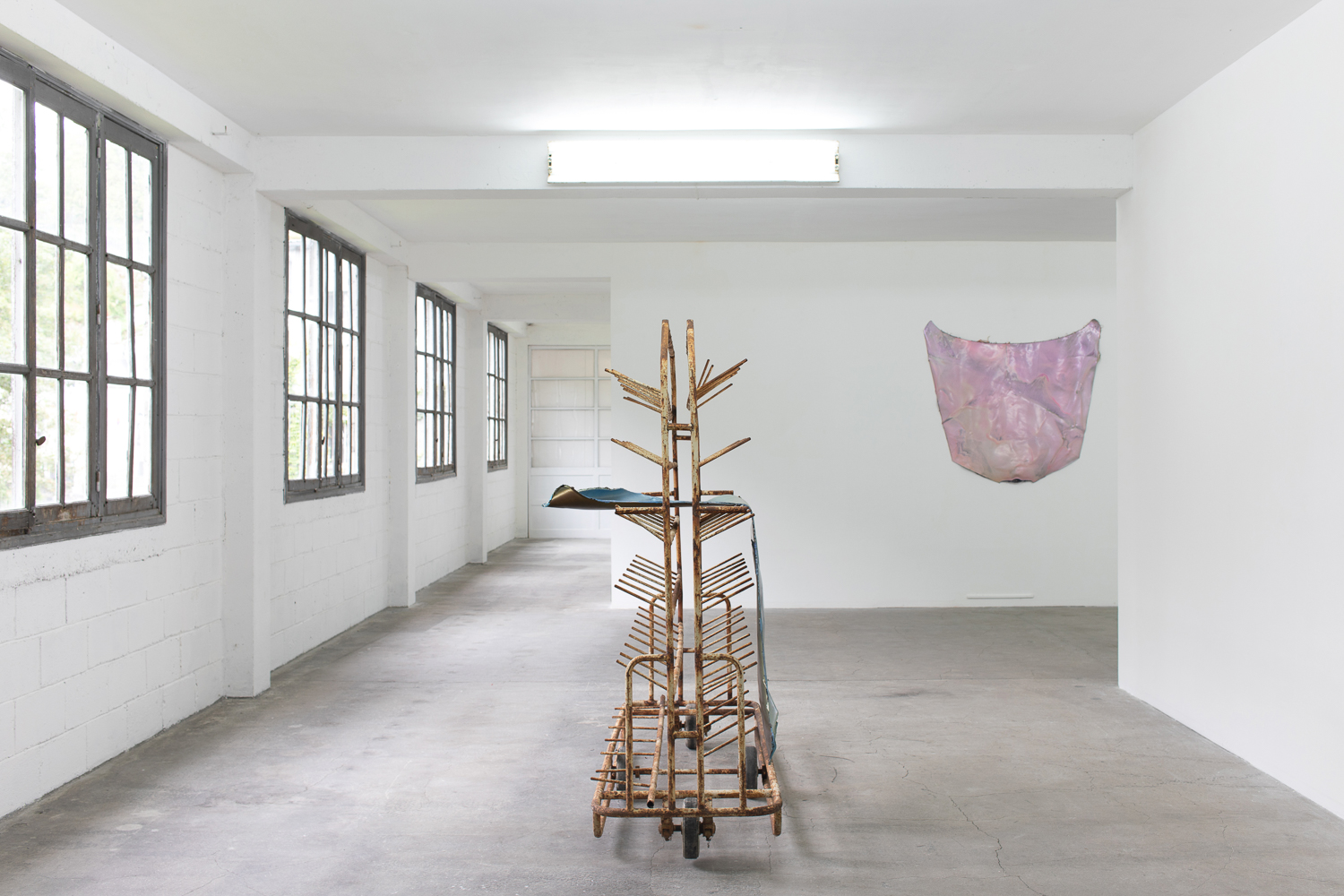 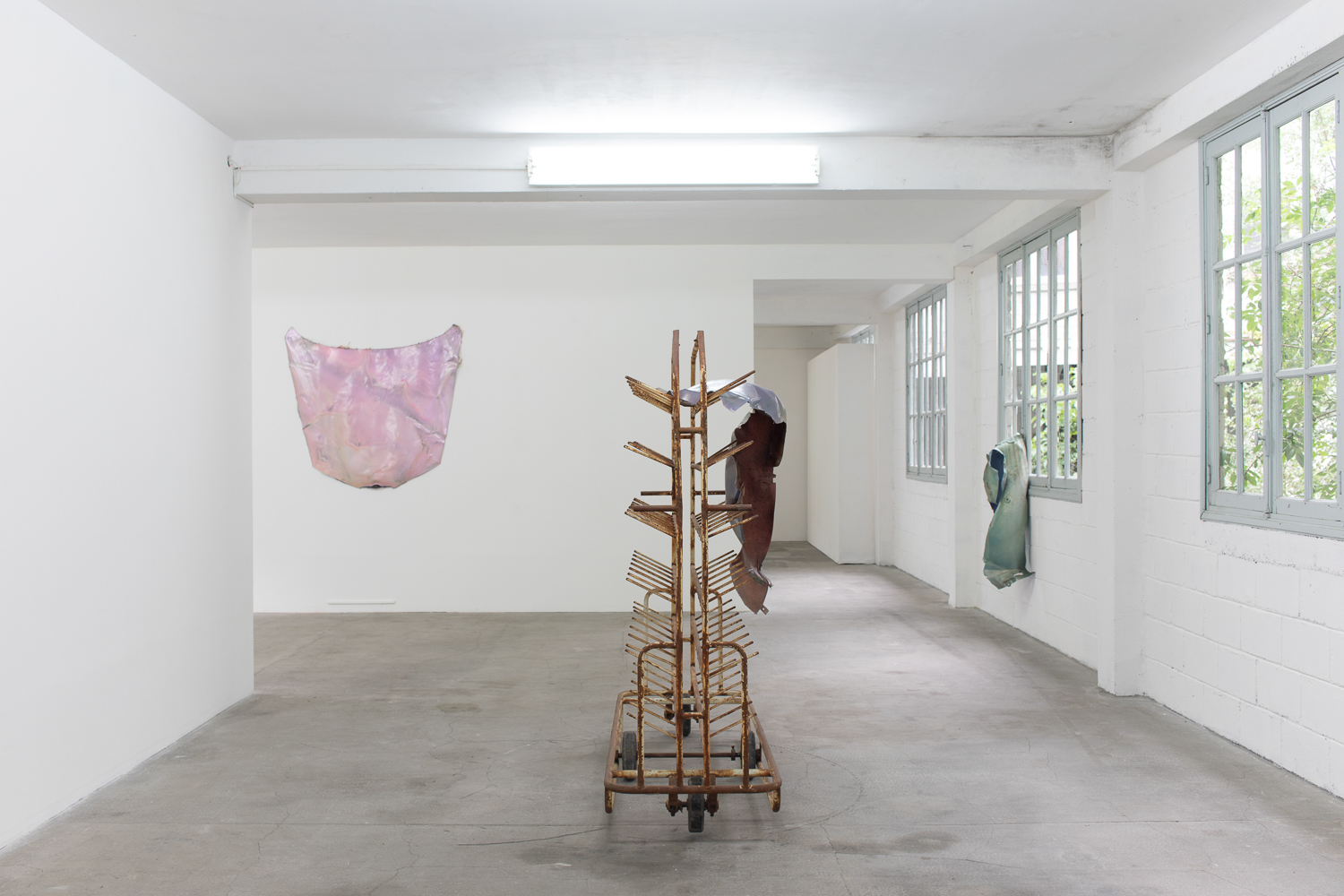 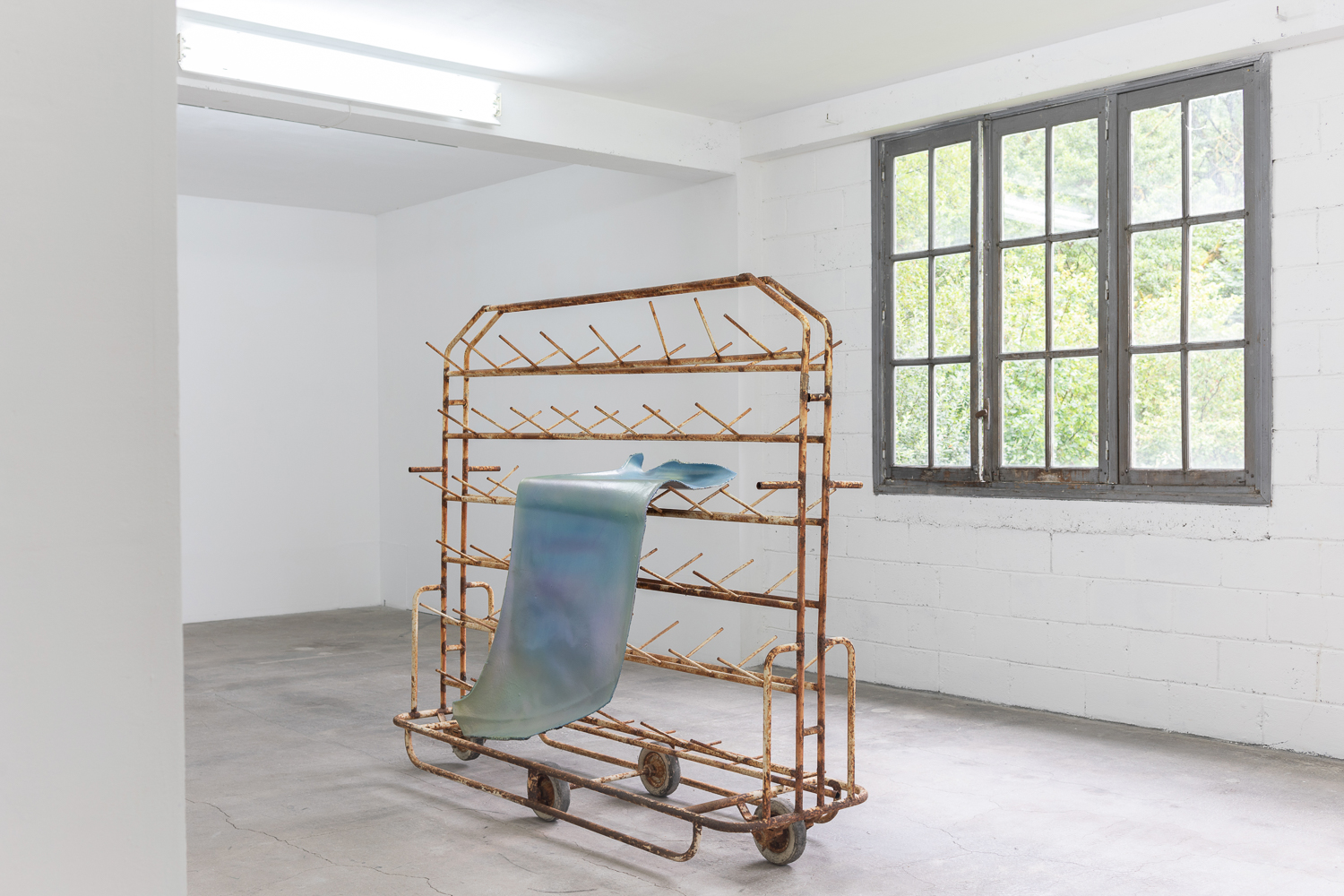 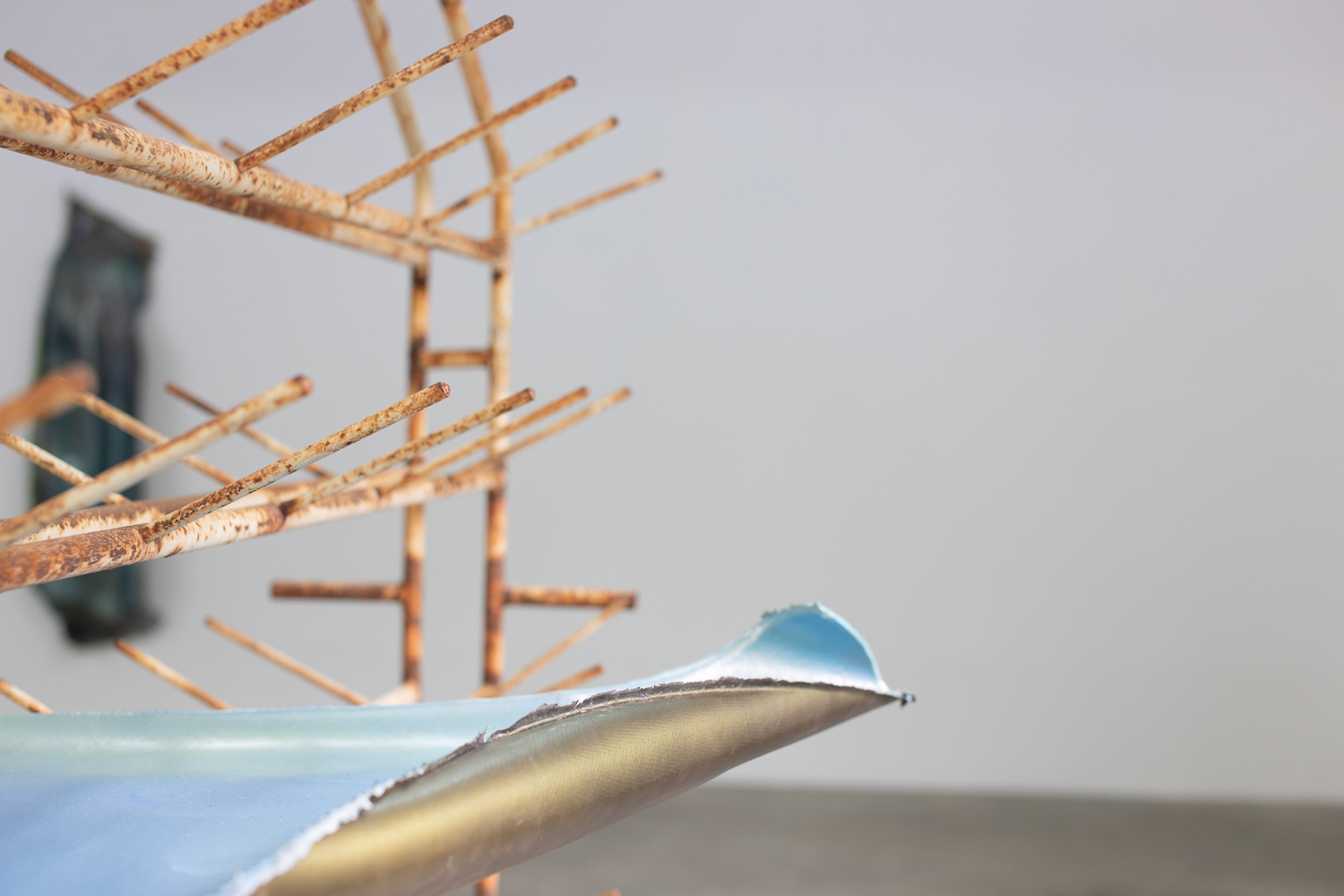 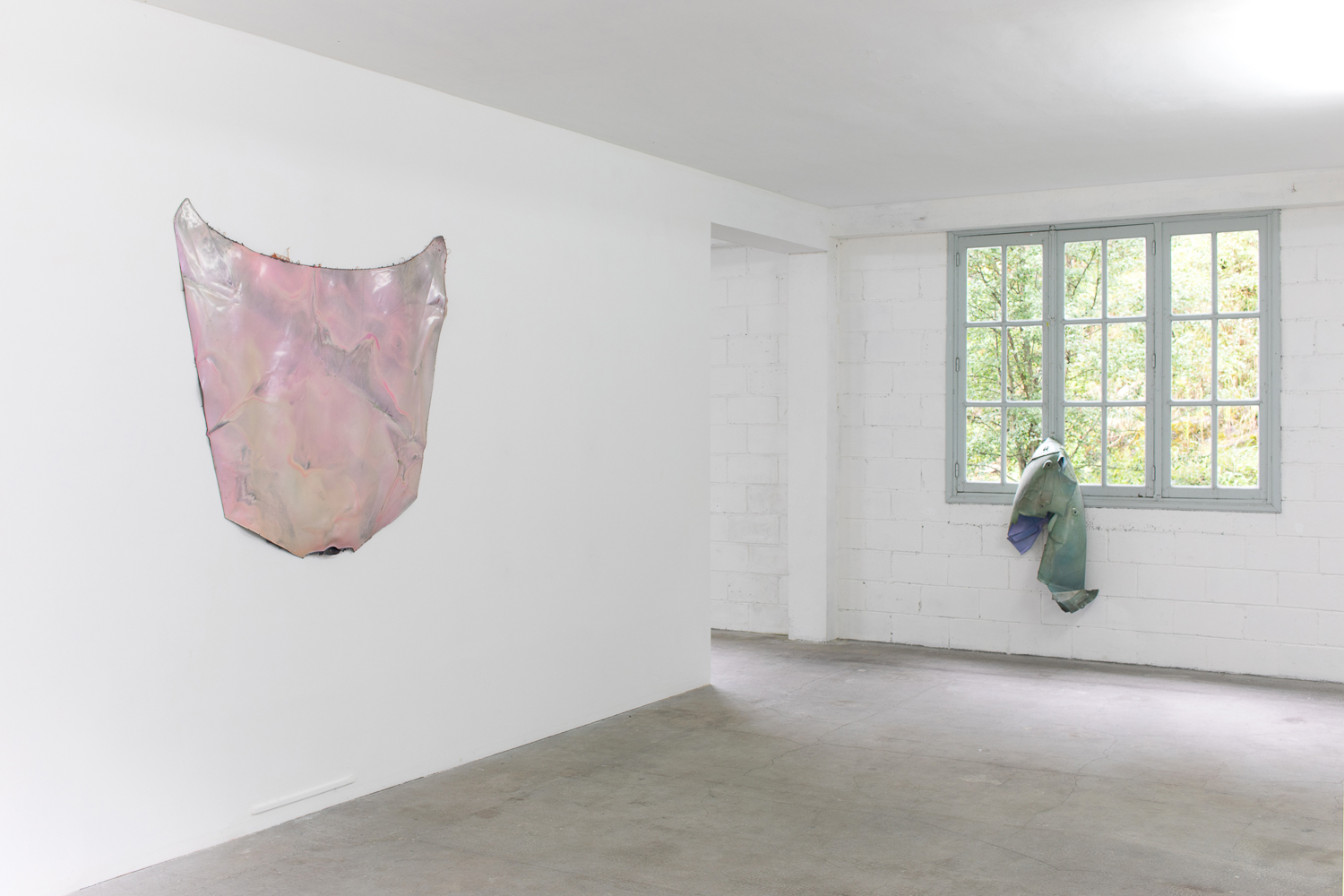 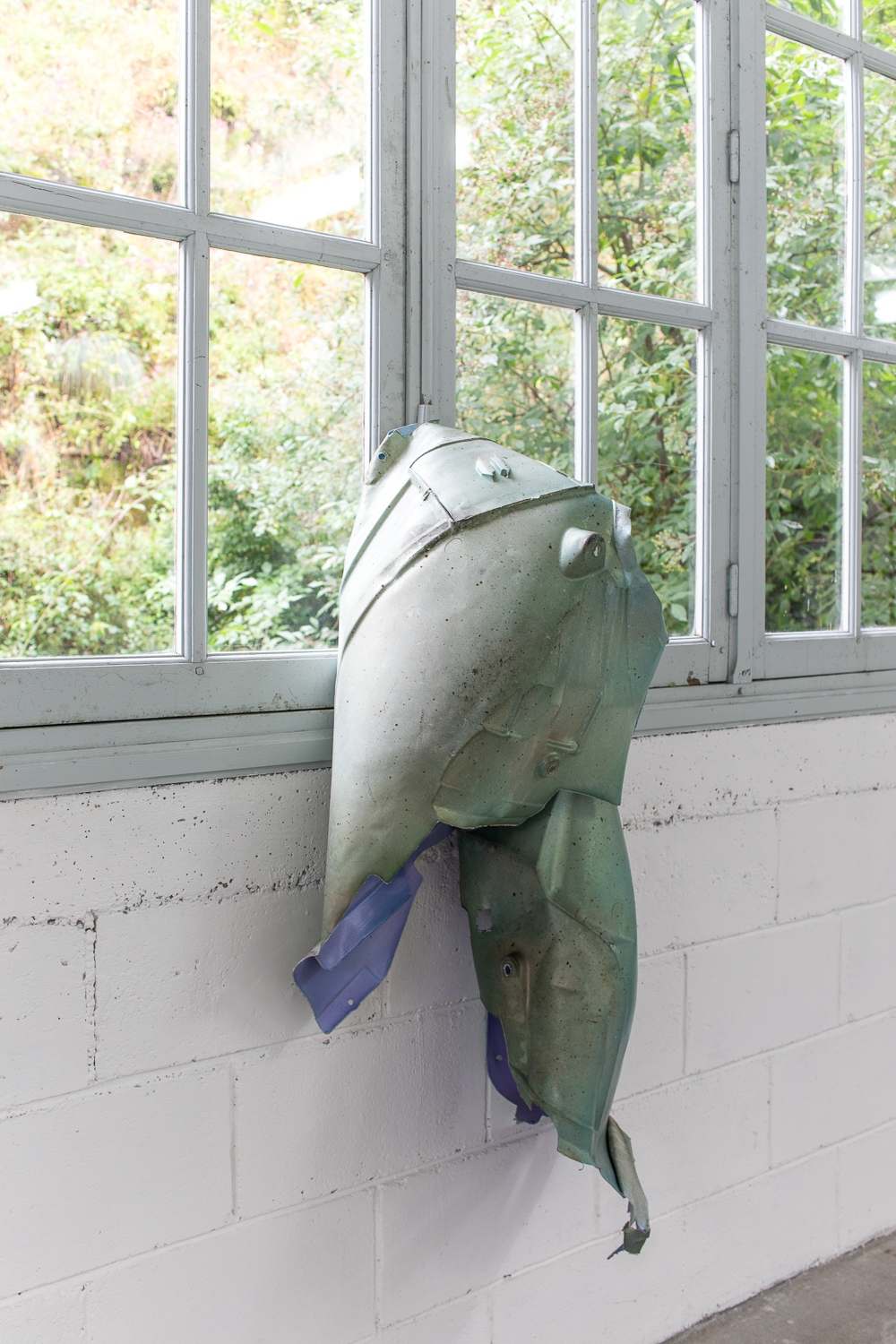 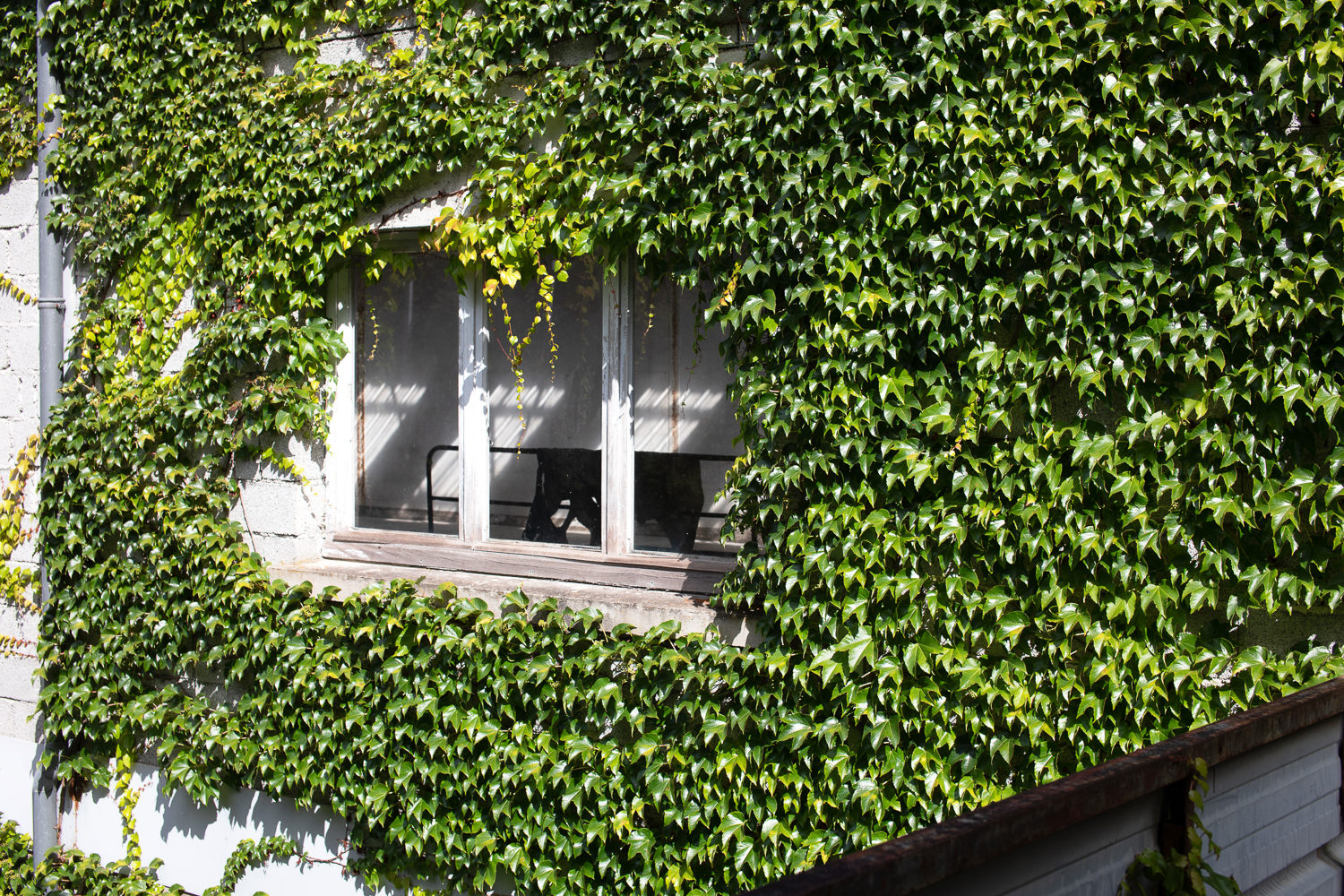 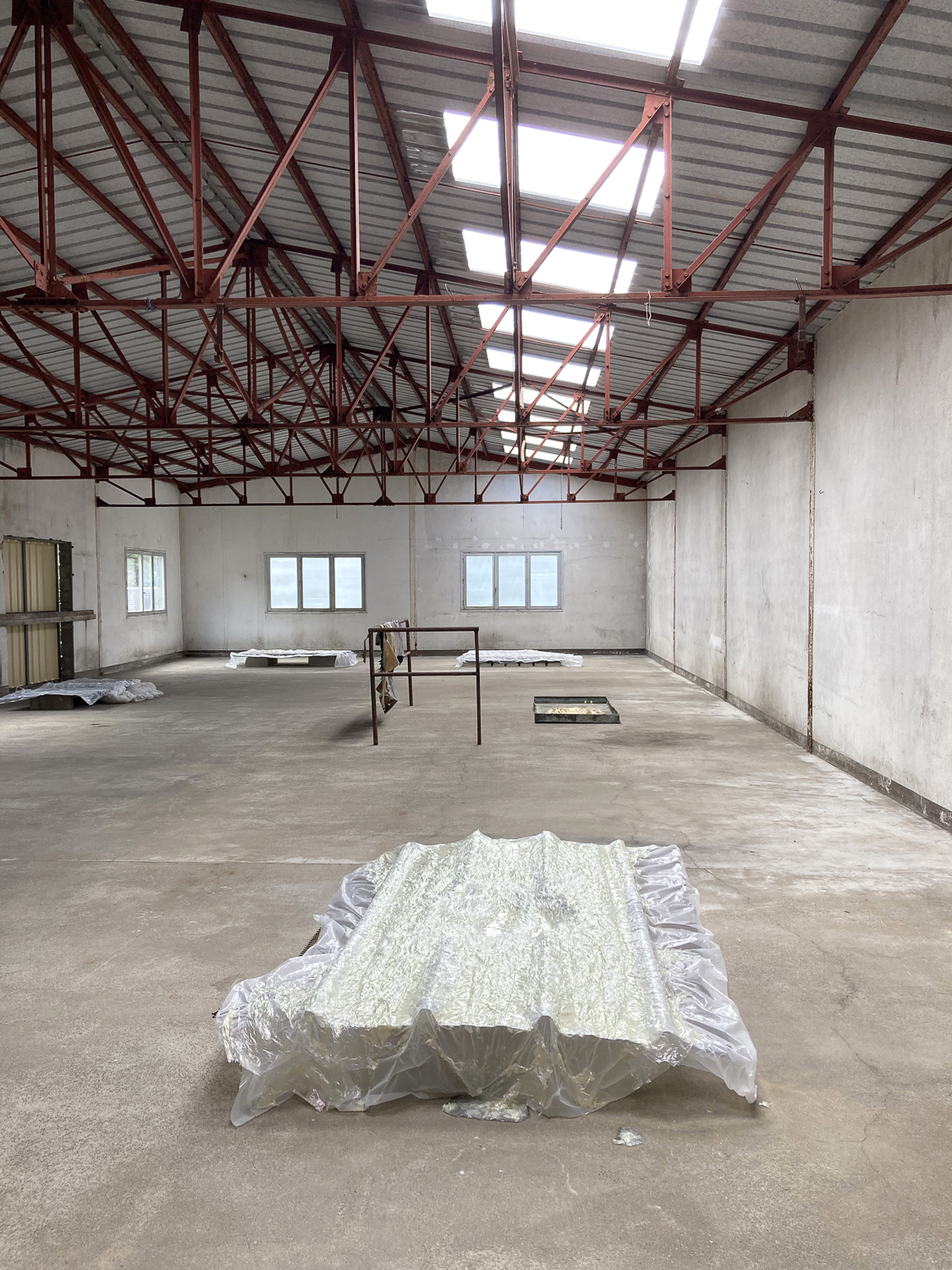 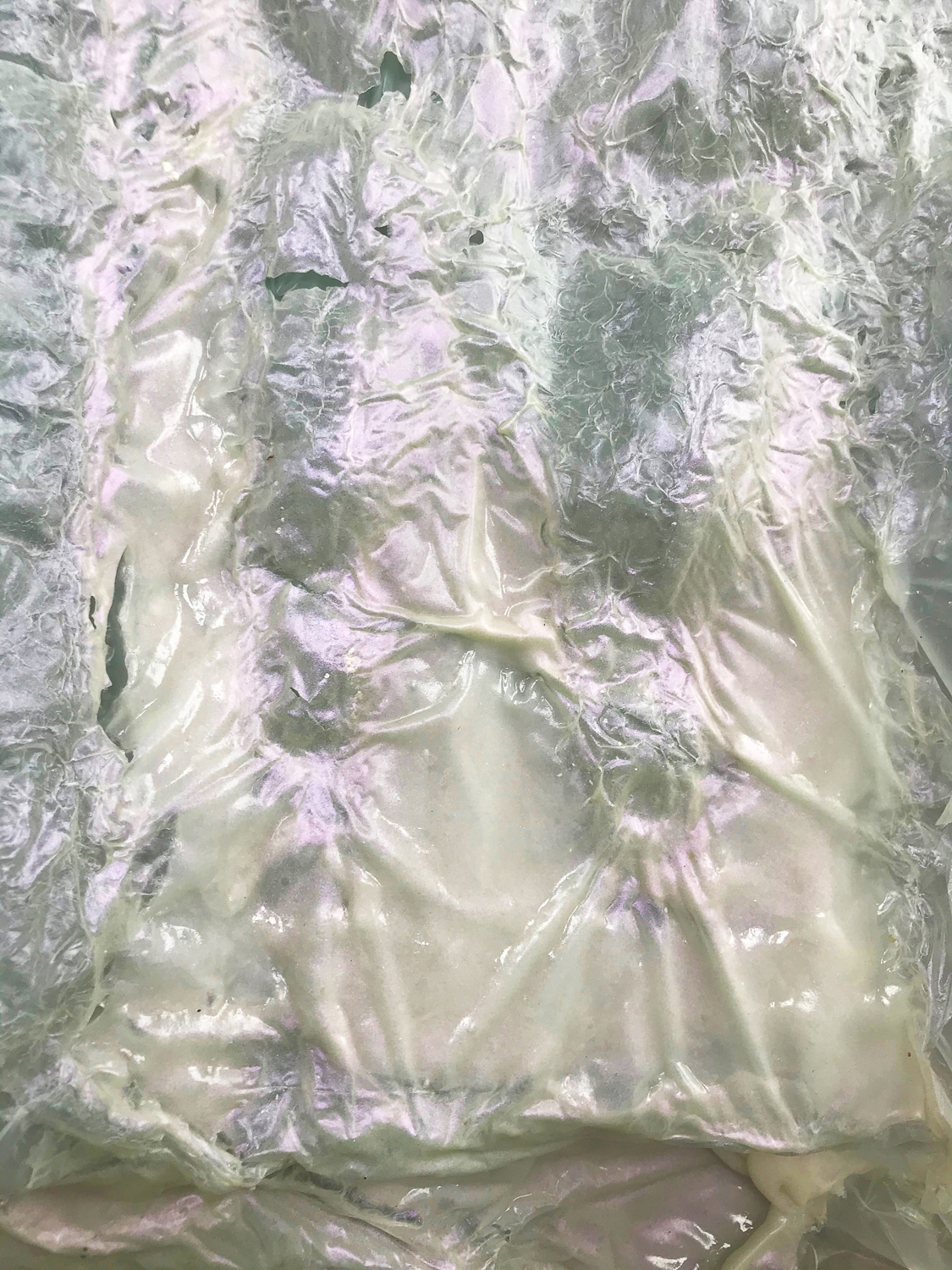 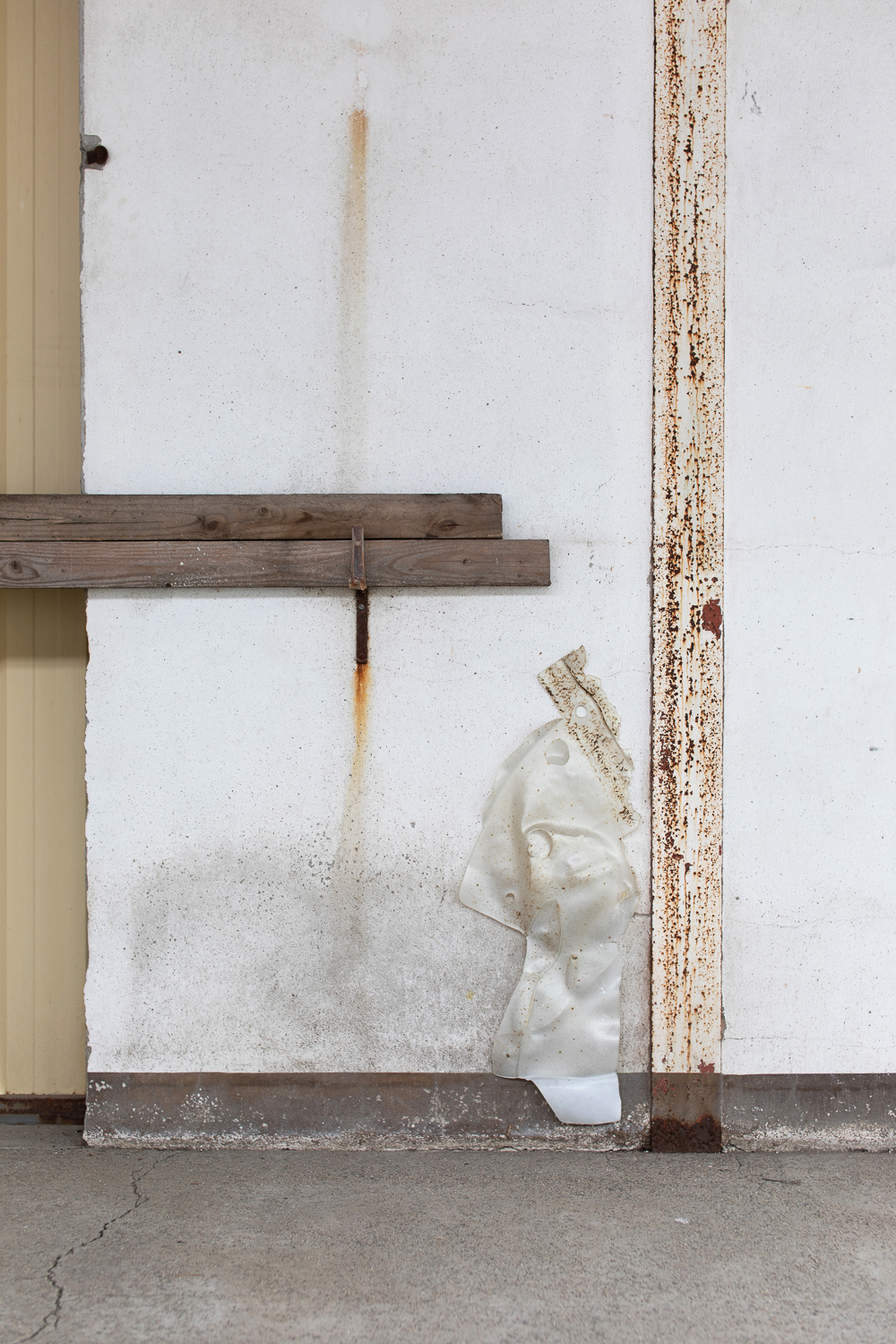 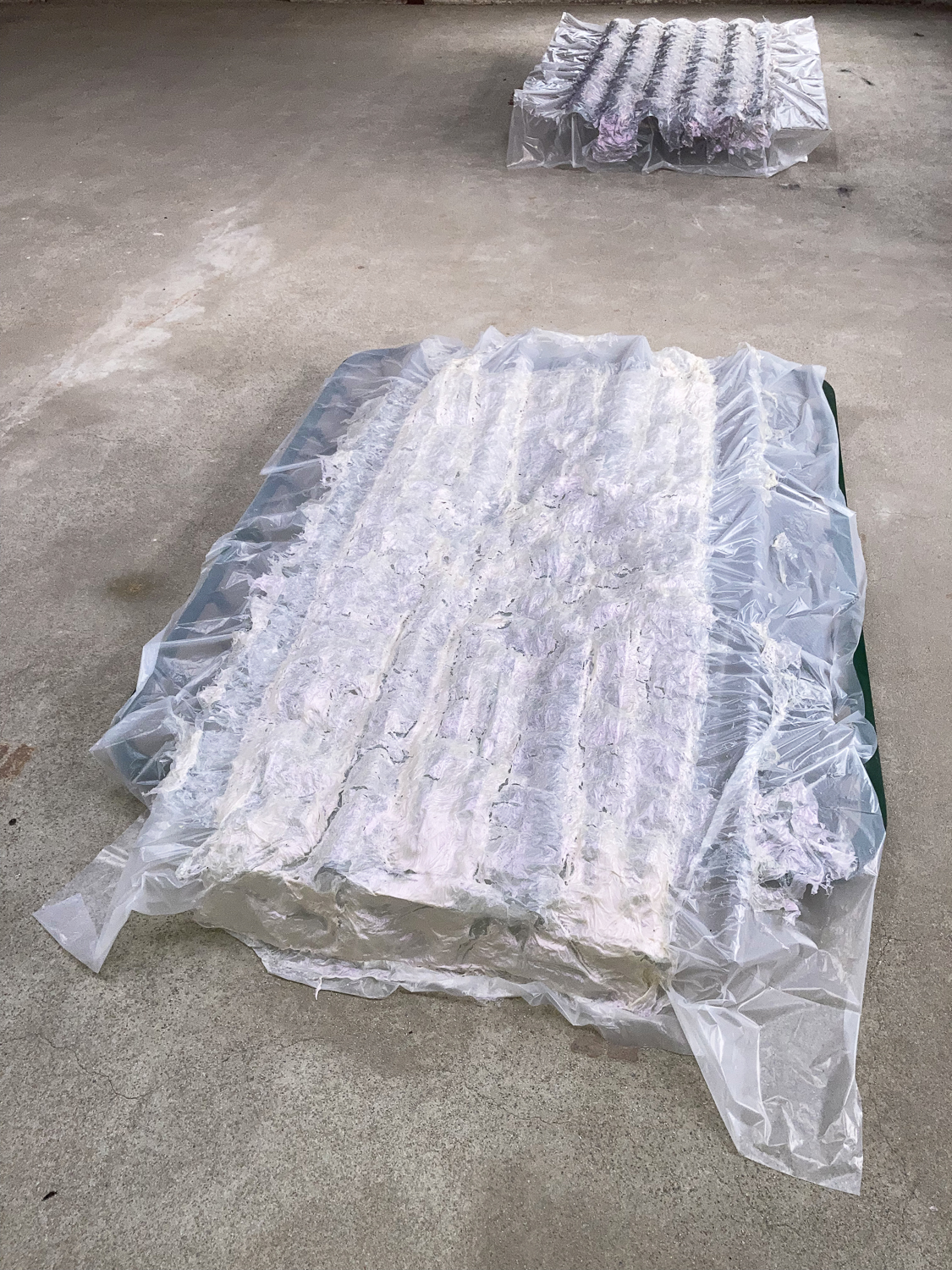 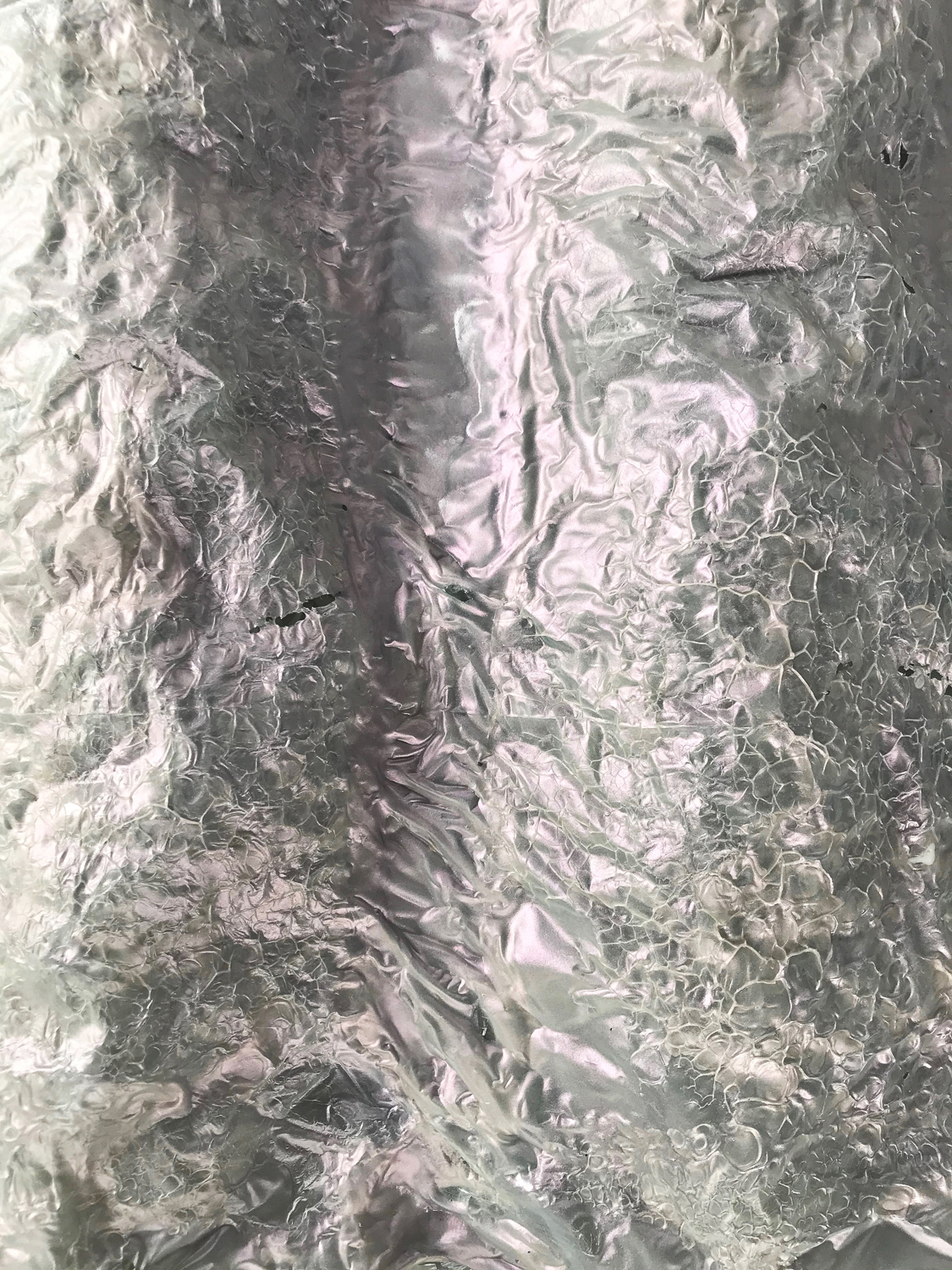 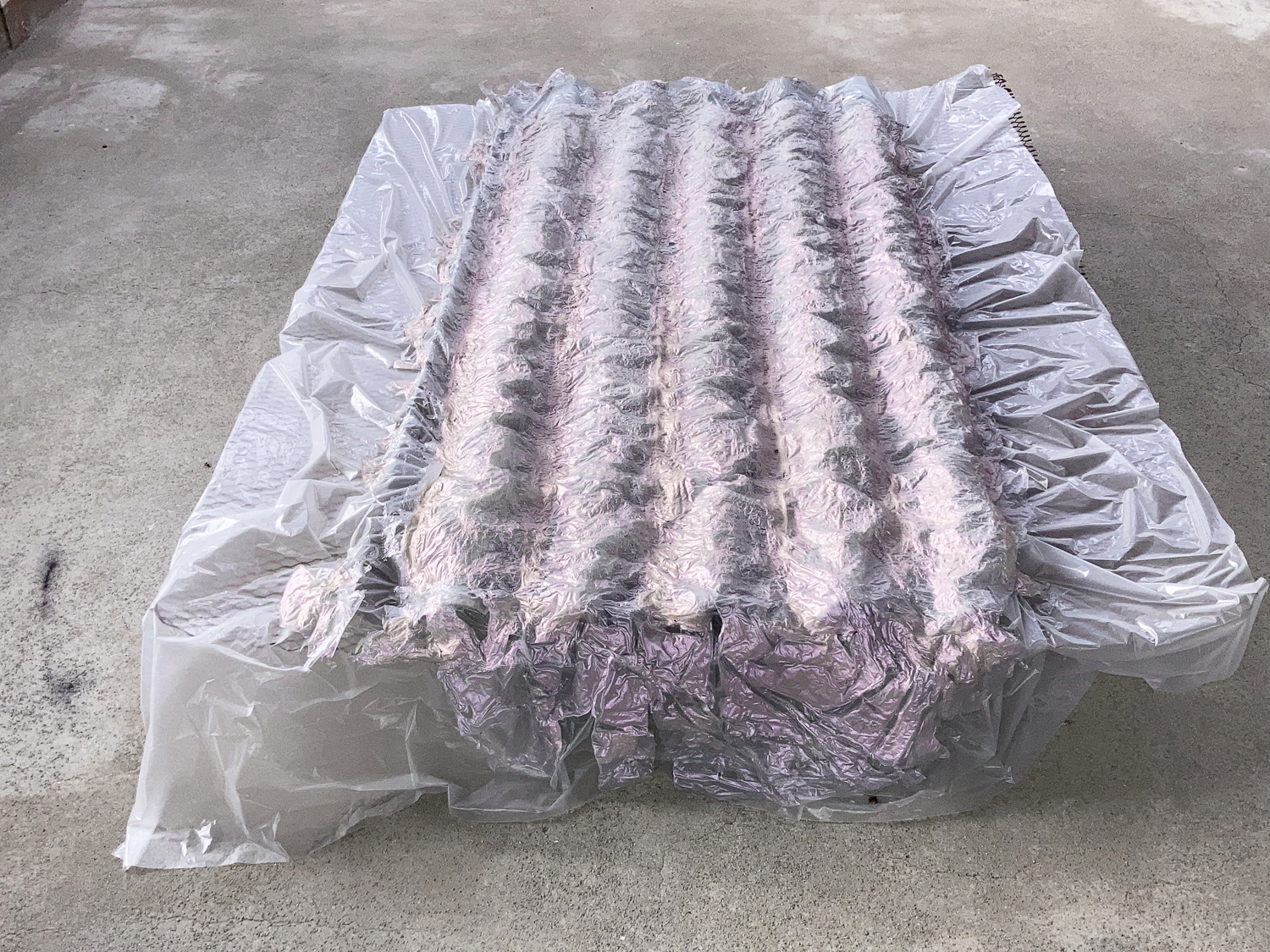 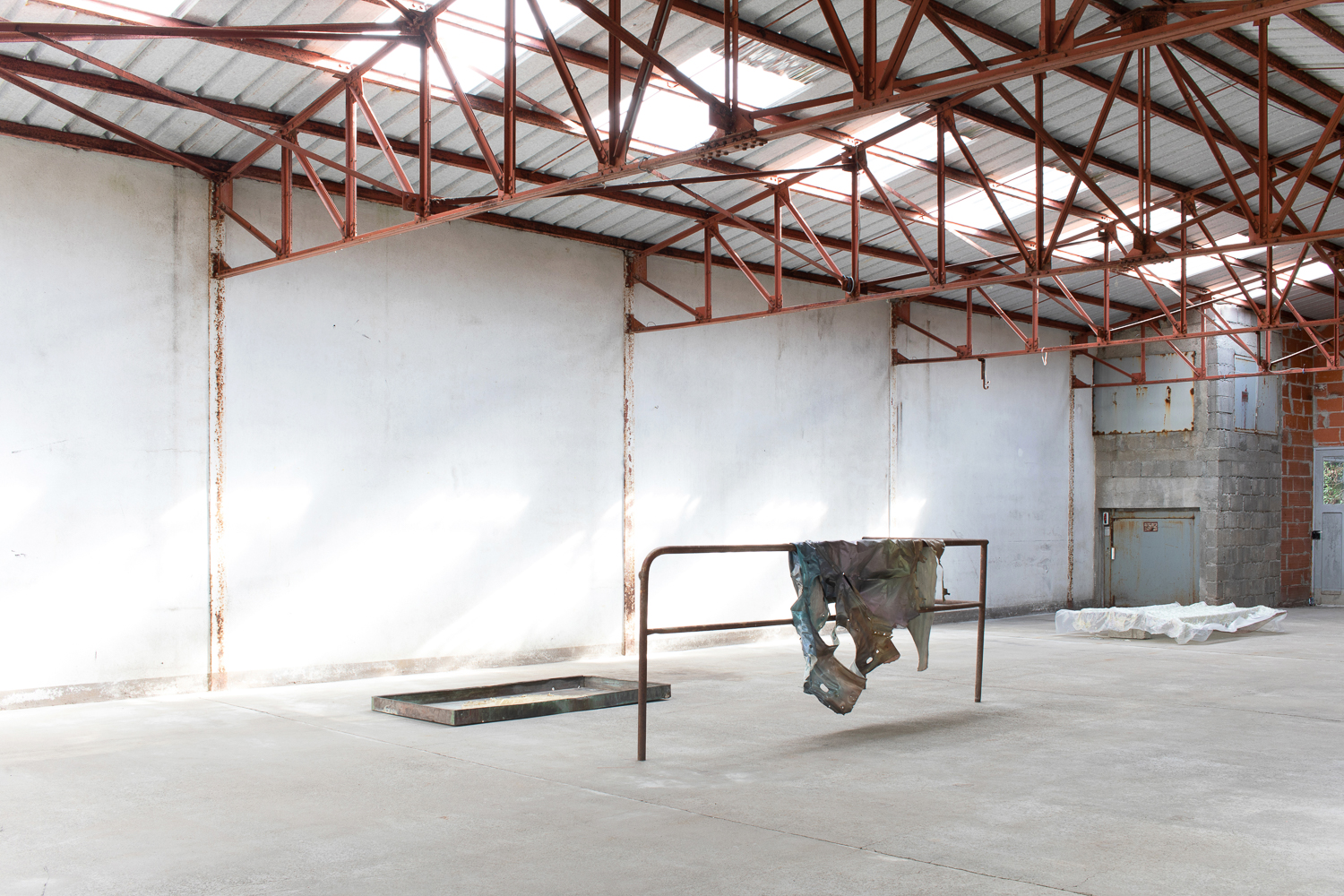 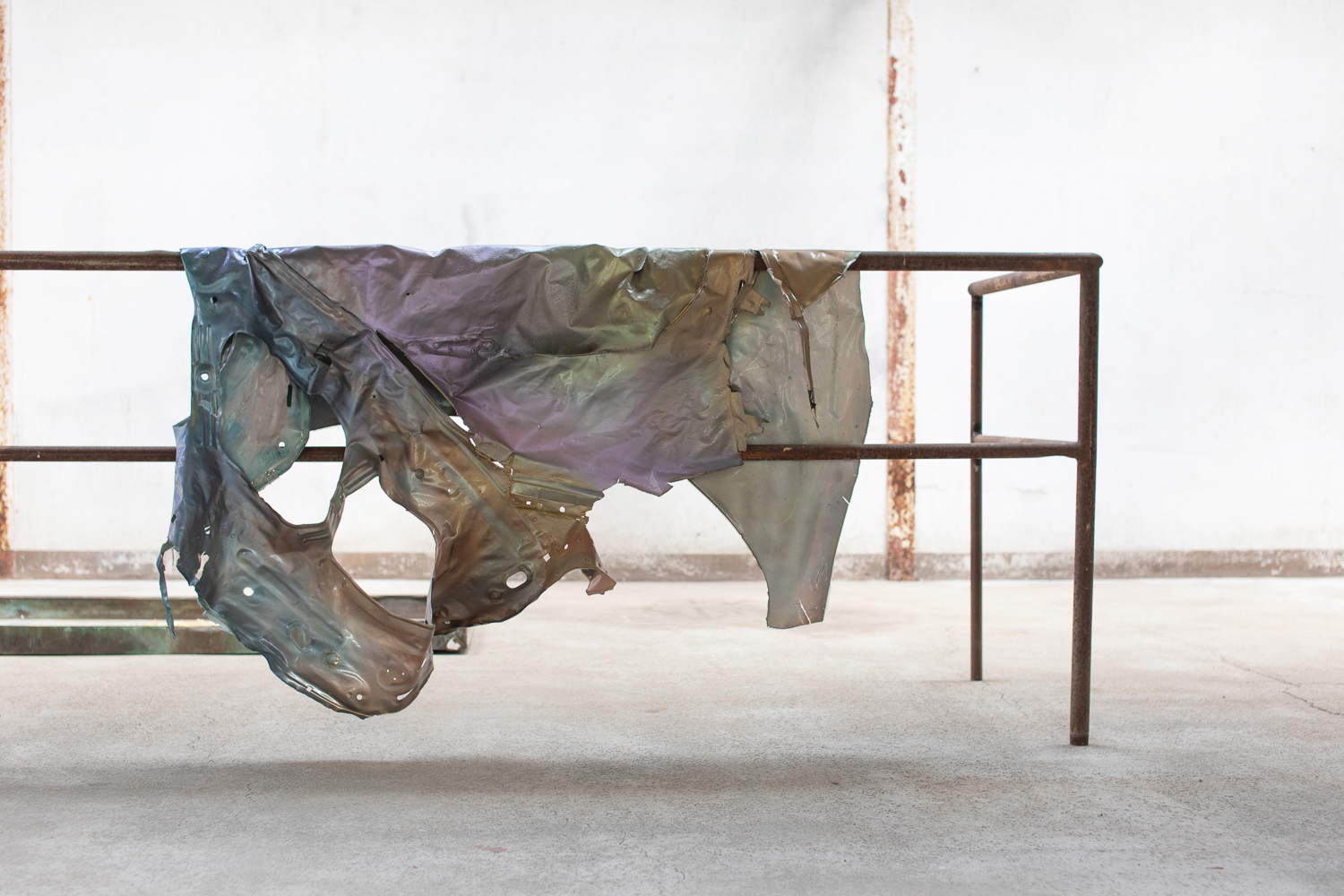 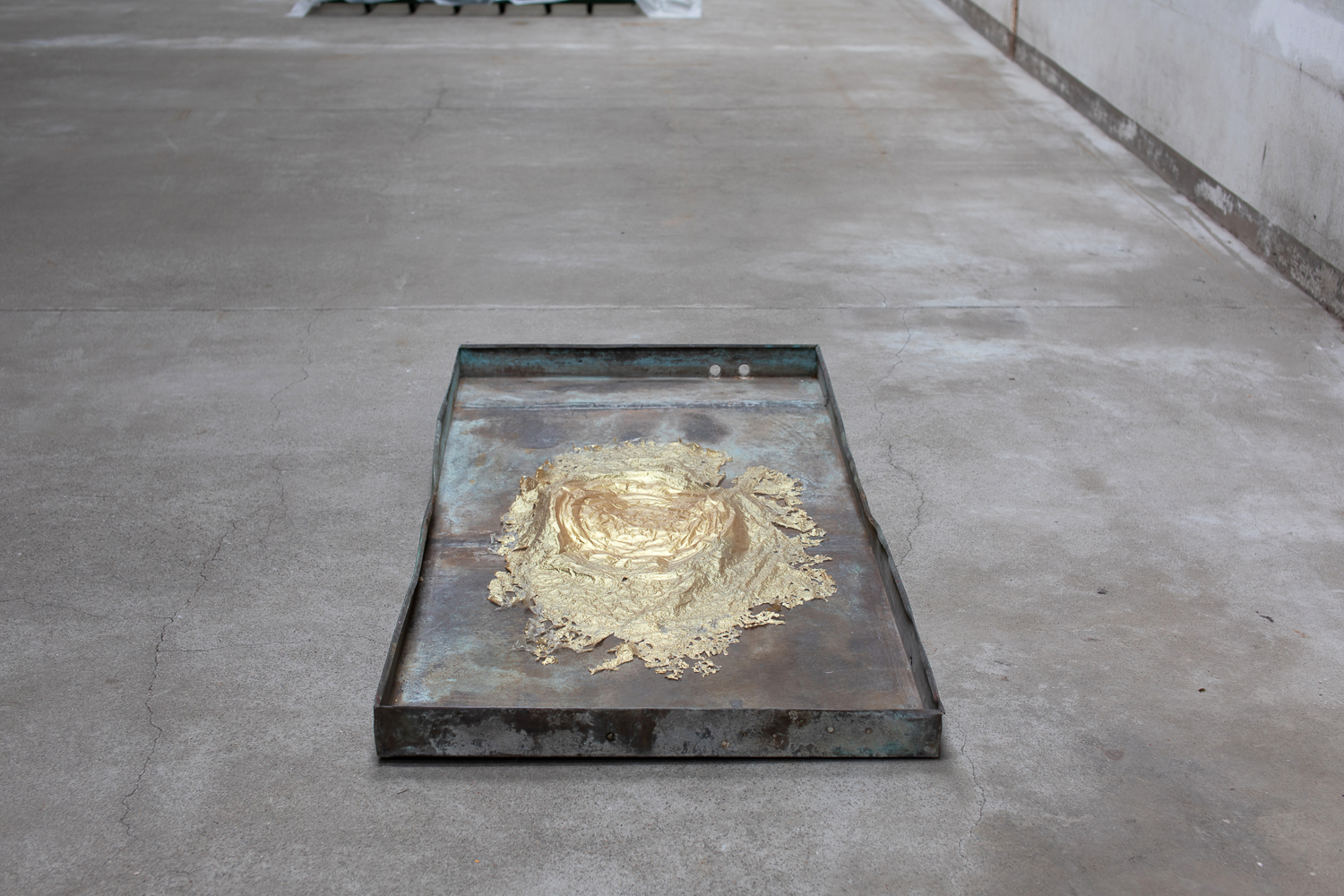 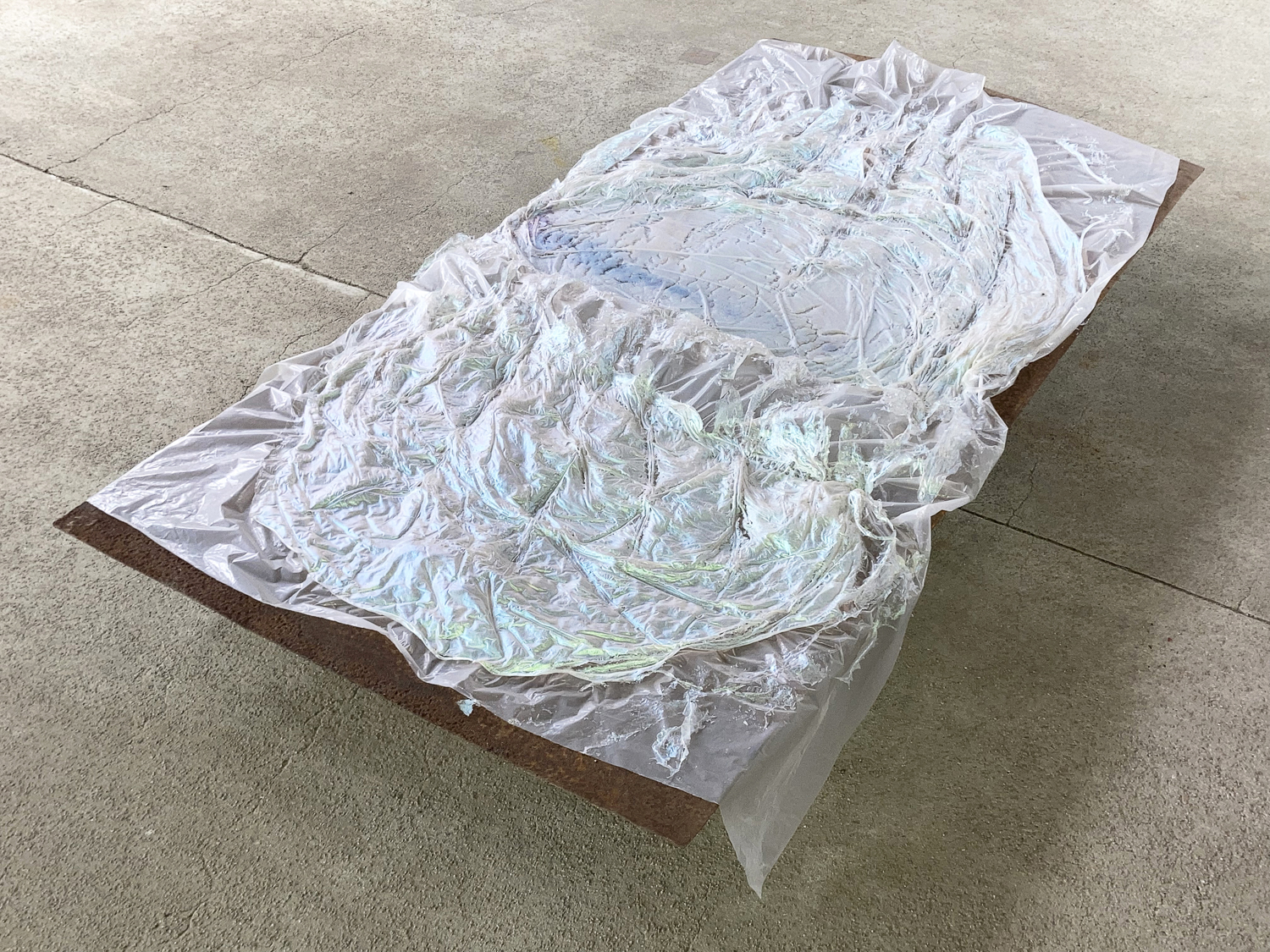 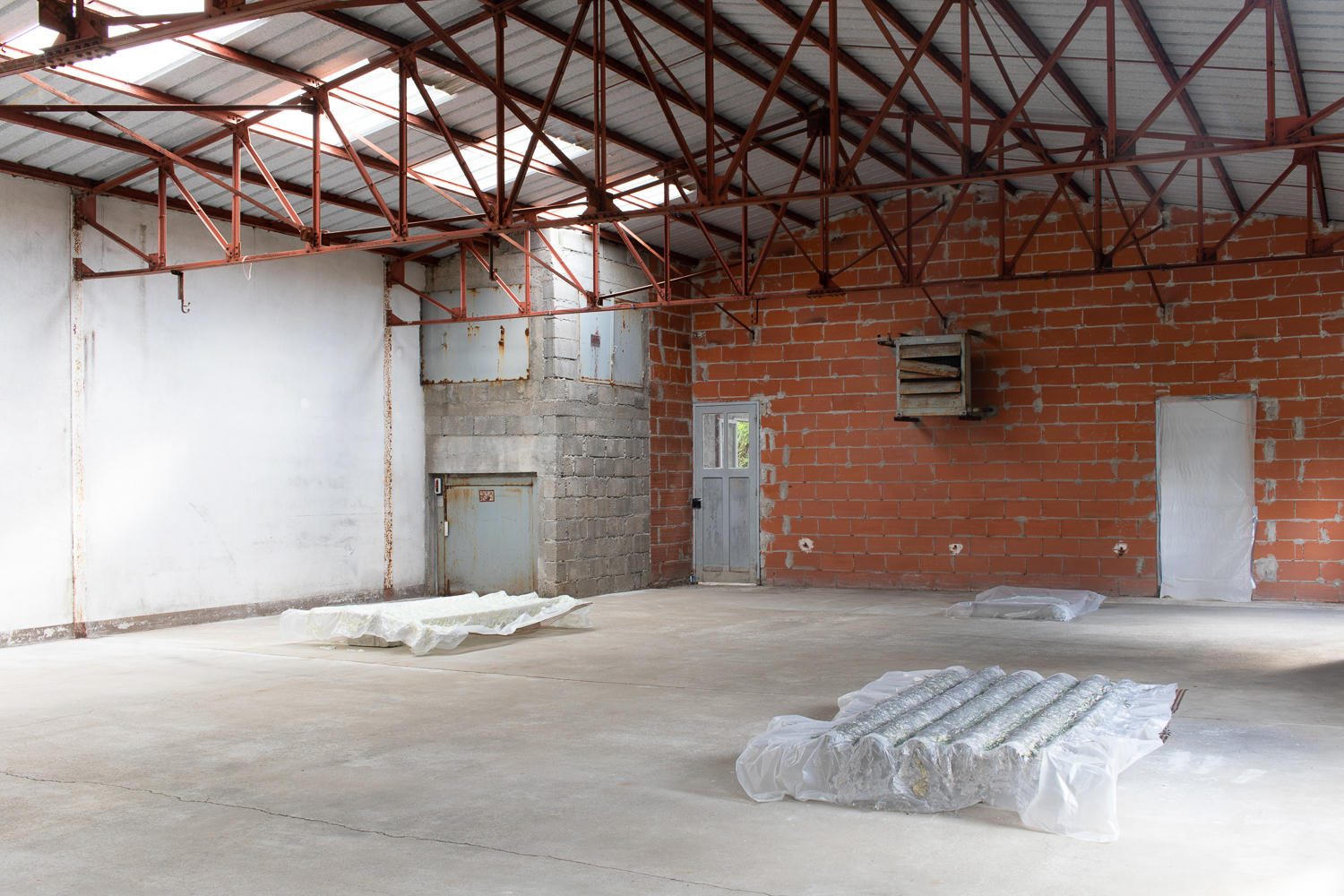