She had a pekinese dog called Looloo, which she loved.

‘Let us draw Looloo,’ said Gudrun, ‘and see if we can get his Looliness, shall we?’

‘Darling!’ cried Winifred, rushing to the dog, that sat with contemplative sadness on the hearth, and kissing its bulging brow. ‘Darling one, will you be drawn? Shall its mummy draw its portrait?’ Then she chuckled gleefully, and turning to Gudrun, said: ‘Oh let’s!’

They proceeded to get pencils and paper, and were ready.

‘Beautifullest,’ cried Winifred, hugging the dog, ‘sit still while its mummy draws its beautiful portrait.’ The dog looked up at her with grievous resignation in its large, prominent eyes. She kissed it fervently, and said: ‘I wonder what mine will be like. It’s sure to be awful.’

As she sketched she chuckled to herself, and cried out at times:

And again chuckling, she rushed to embrace the dog, in penitence, as if she were doing him some subtle injury. He sat all the time with the resignation and fretfulness of ages on his dark velvety face. She drew slowly, with a wicked concentration in her eyes, her head on one side, an intense stillness over her. She was as if working the spell of some enchantment. Suddenly she had finished. She looked at the dog, and then at her drawing, and then cried, with real grief for the dog, and at the same time with a wicked exultation:

‘My beautiful, why did they?’

She took her paper to the dog, and held it under his nose. He turned his head aside as in chagrin and mortification, and she impulsively kissed his velvety bulging forehead.

‘’s a Loolie, ’s a little Loozie! Look at his portrait, darling, look at his portrait, that his mother has done of him.’ She looked at her paper and chuckled. Then, kissing the dog once more, she rose and came gravely to Gudrun, offering her the paper.

‘It isn’t like him, is it? He’s much lovelier than that. He’s so beautiful–mmm, Looloo, my sweet darling.’ And she flew off to embrace the chagrined little dog. He looked up at her with reproachful, saturnine eyes, vanquished in his extreme agedness of being. Then she flew back to her drawing, and chuckled with satisfaction.

The child treasured her drawing, carried it about with her, and showed it, with a silent embarrassment, to everybody.

‘Look,’ she said, thrusting the paper into her father’s hand.

‘Why that’s Looloo!’ he exclaimed. And he looked down in surprise, hearing the almost inhuman chuckle of the child at his side.

extract from Women in Love

Featuring on the right wall: 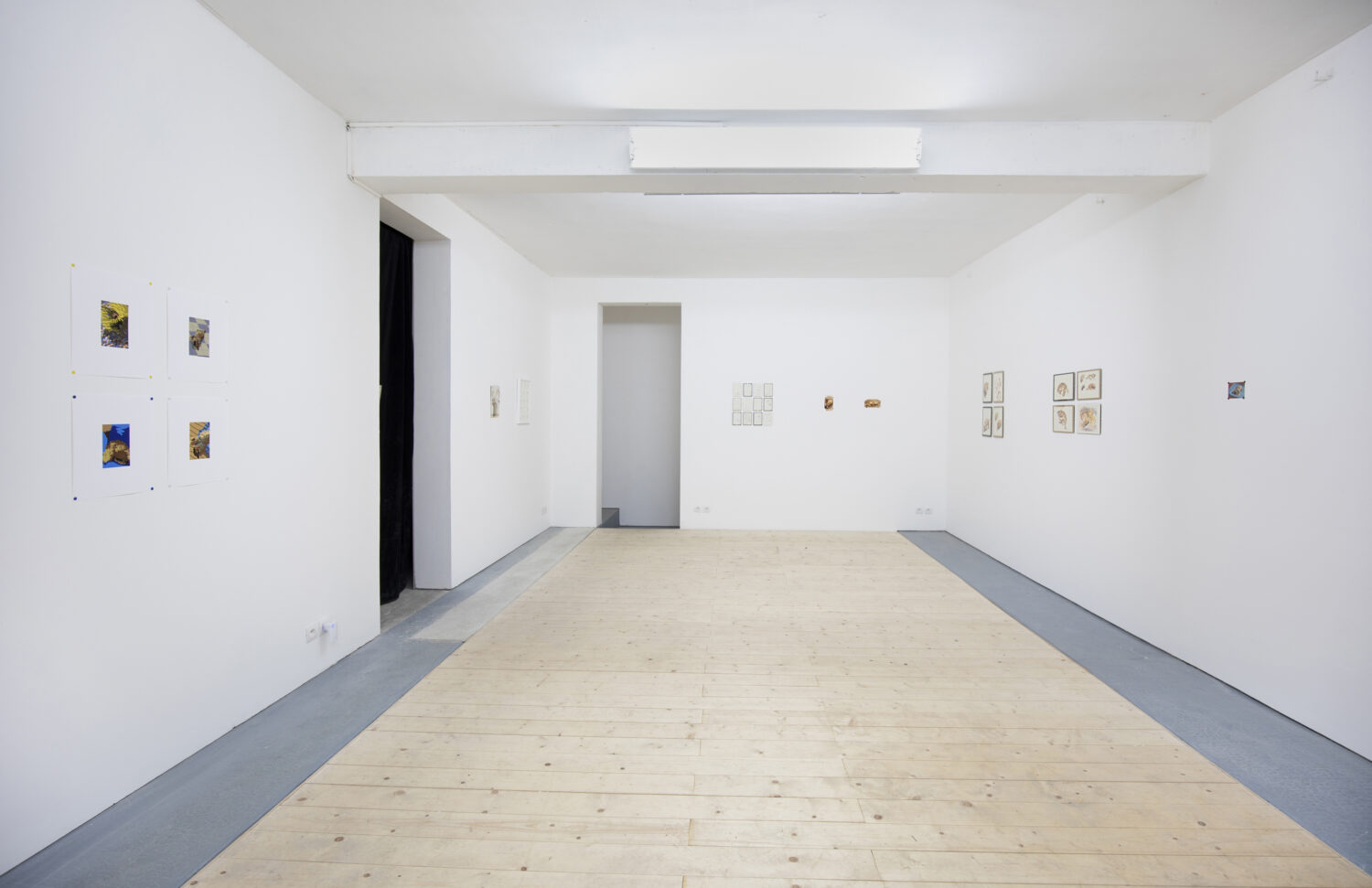 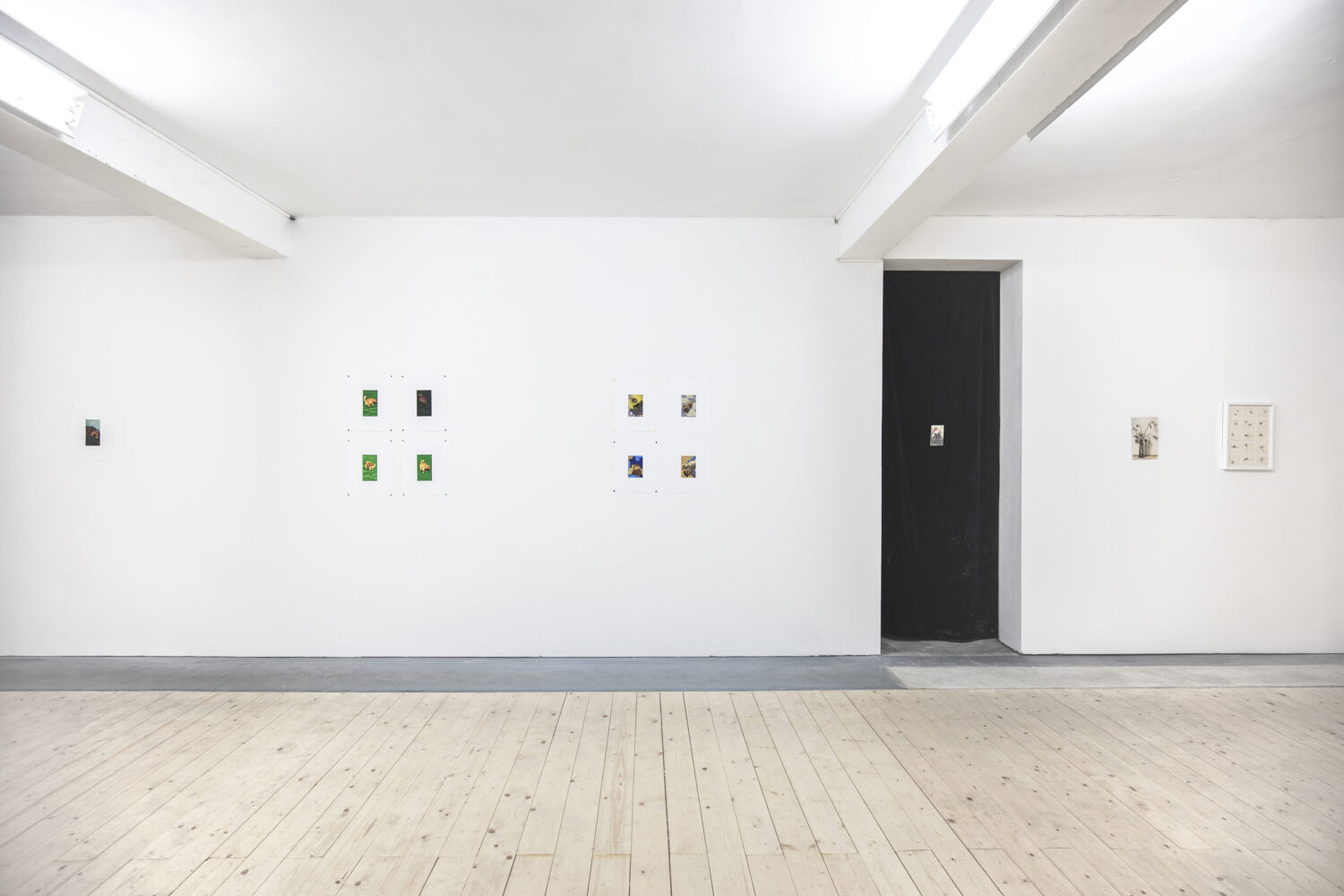 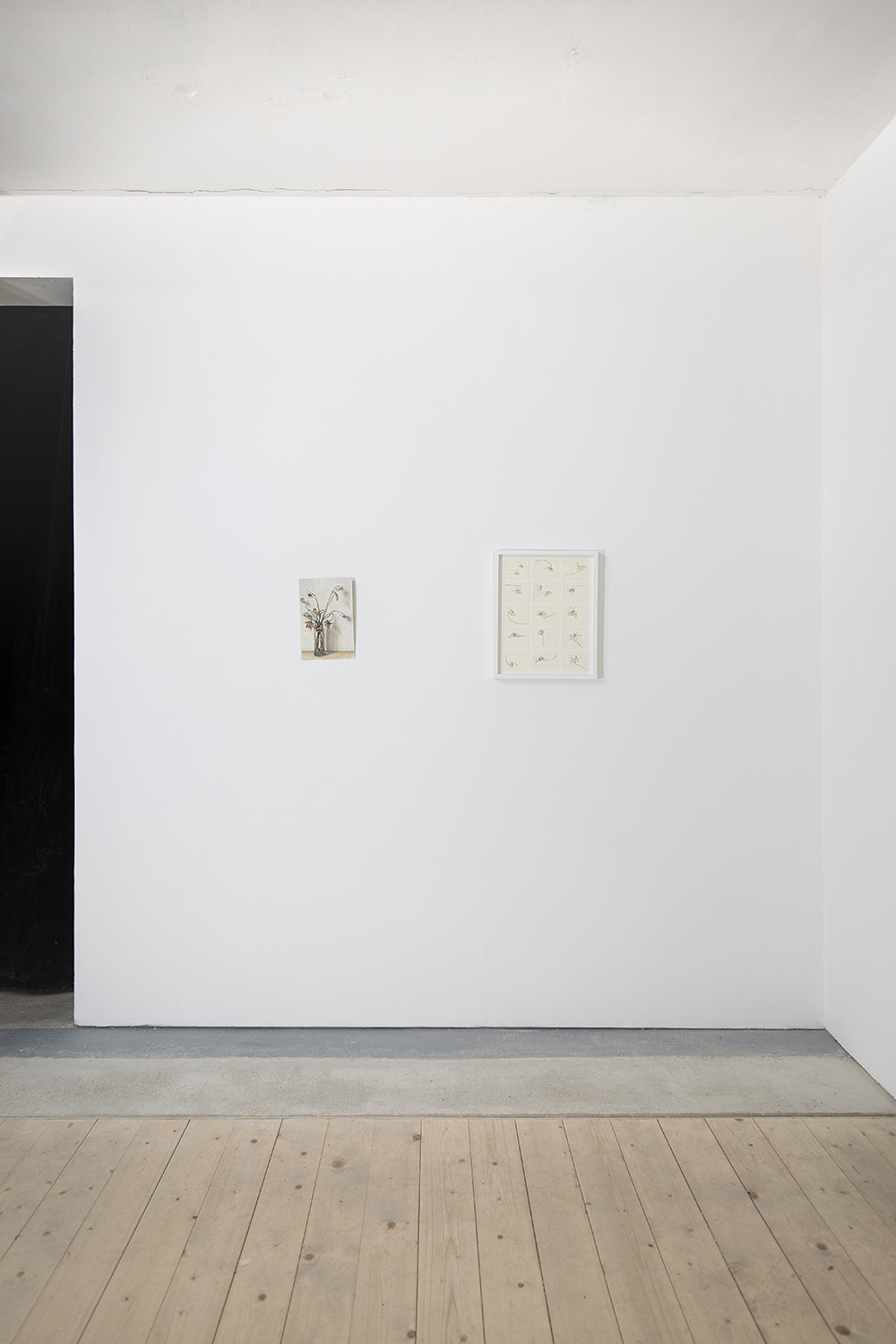 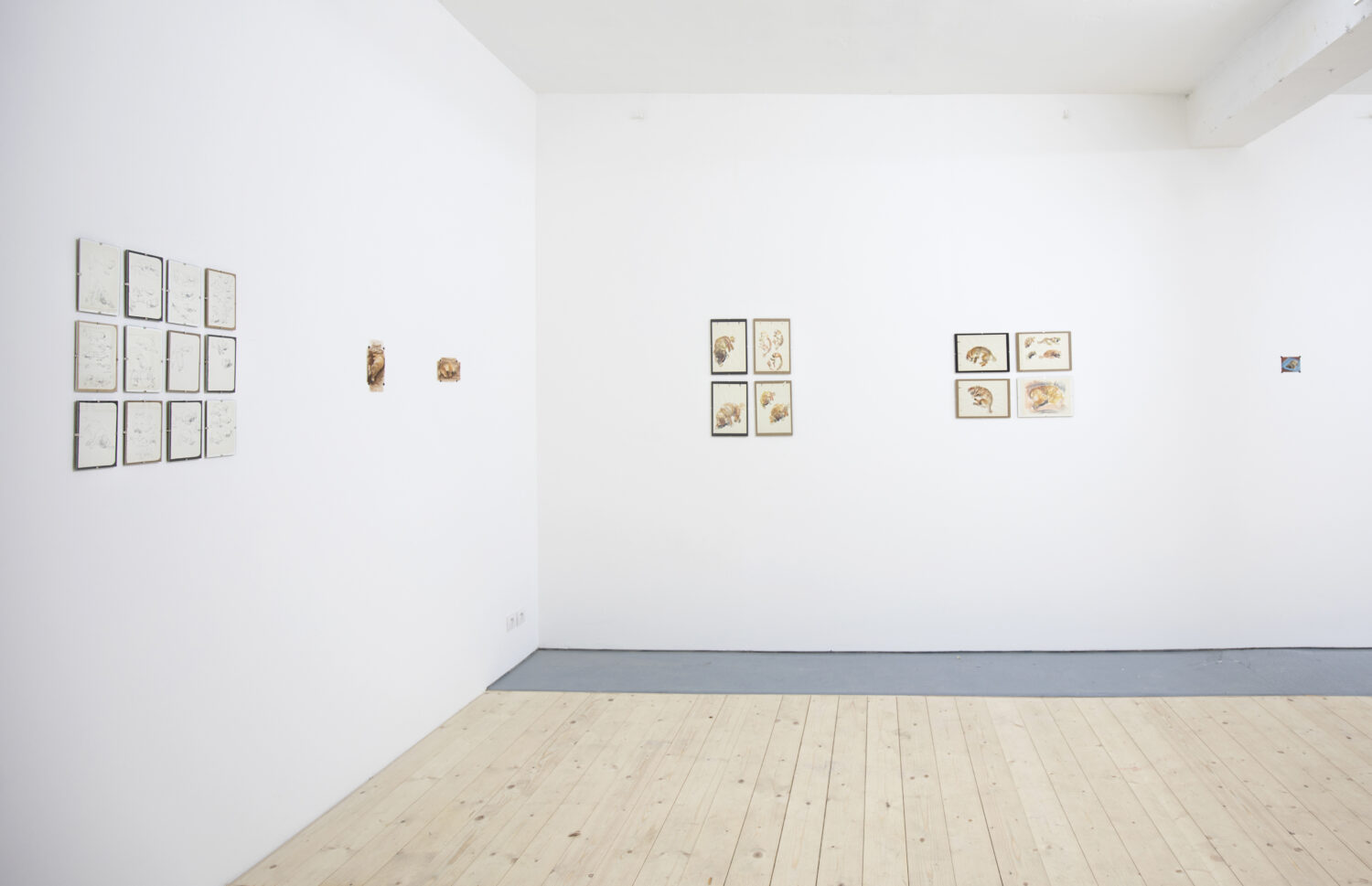 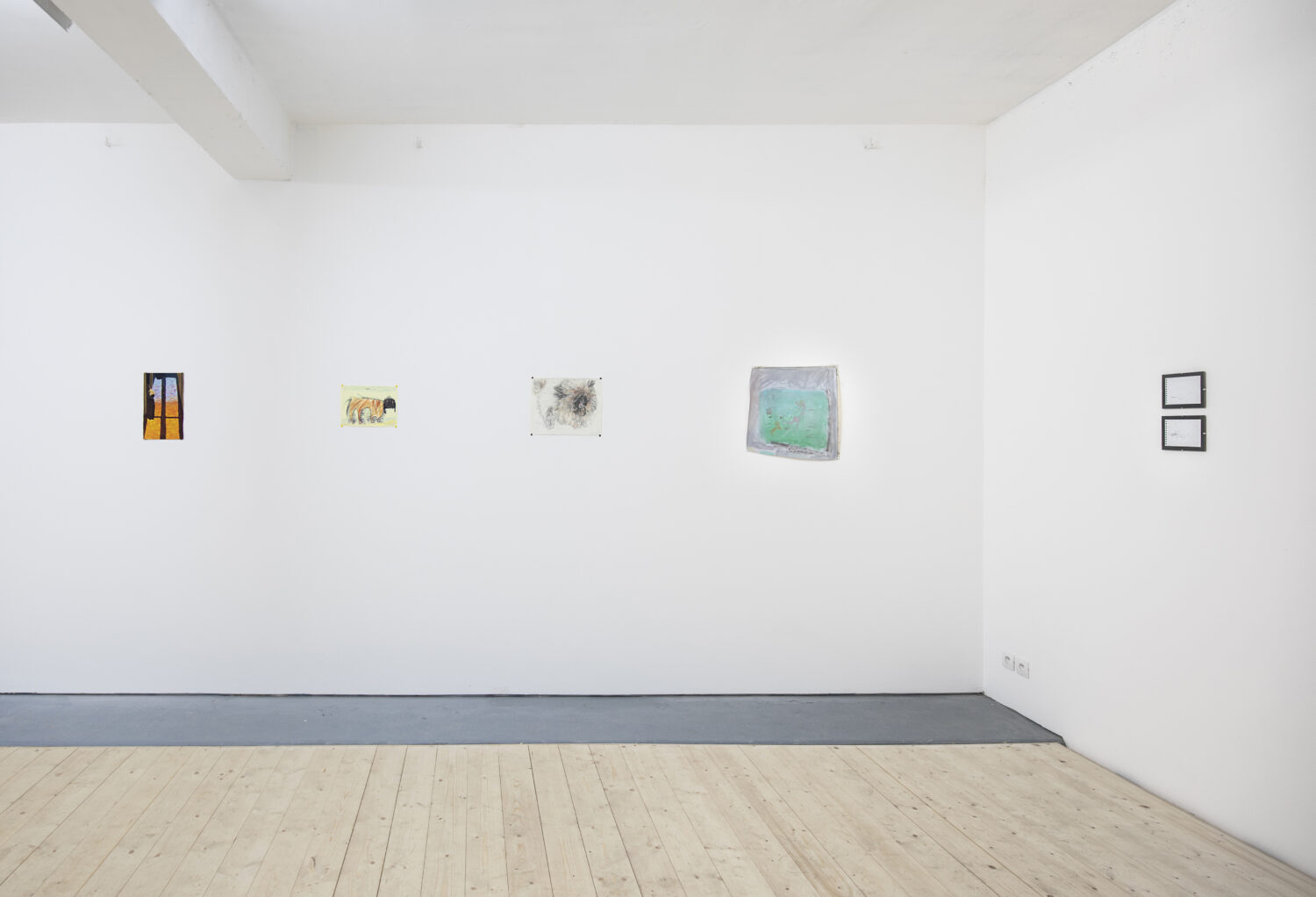 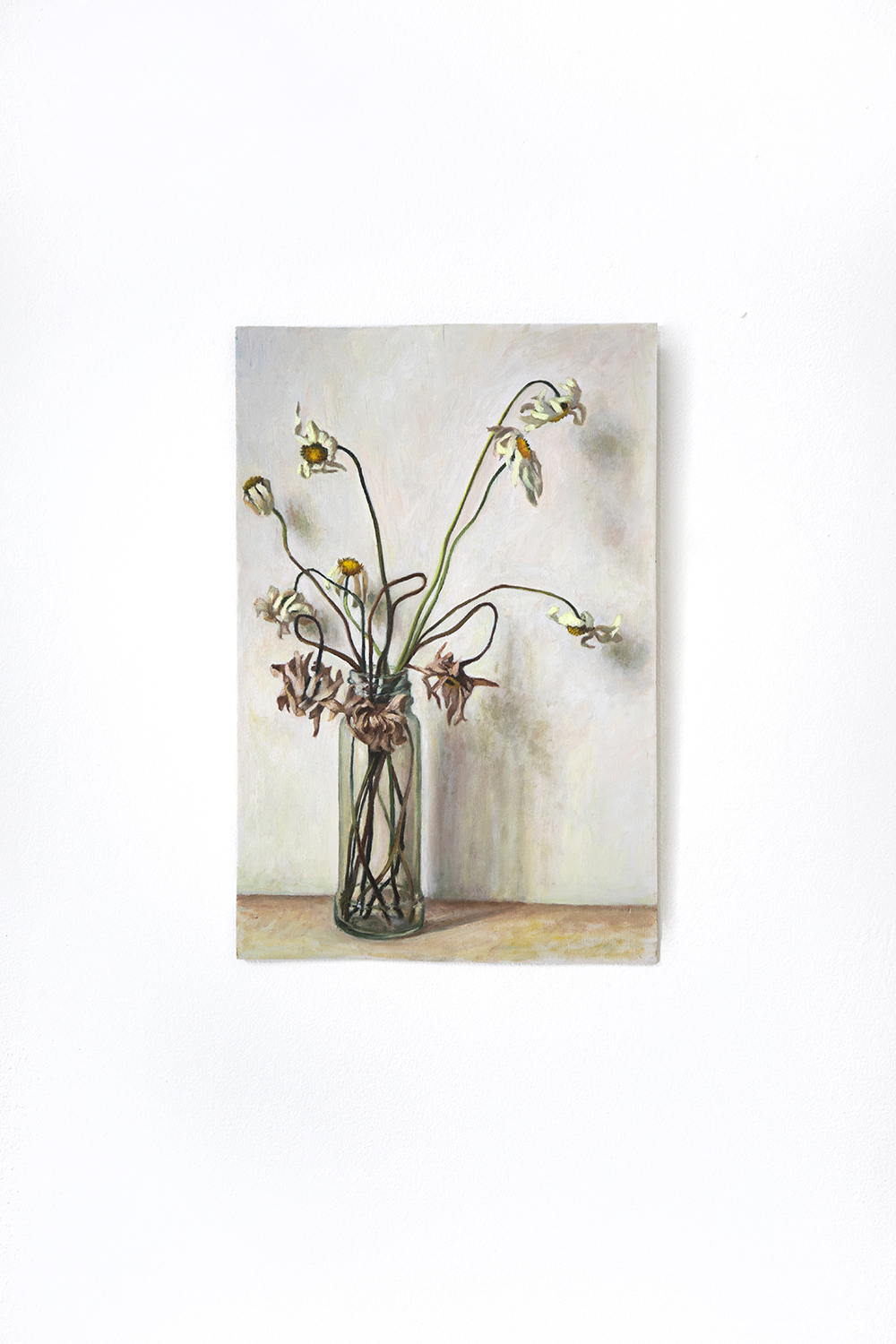 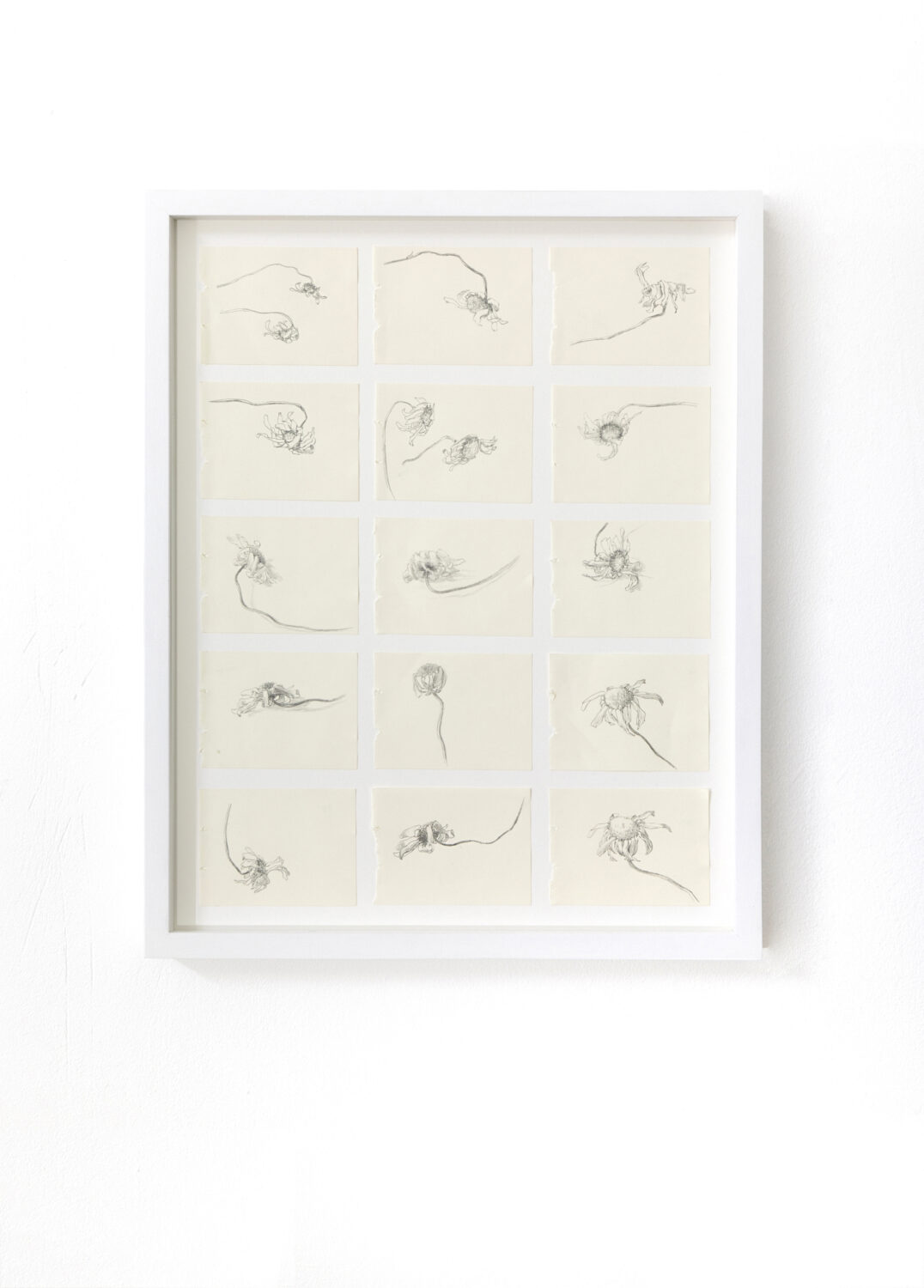 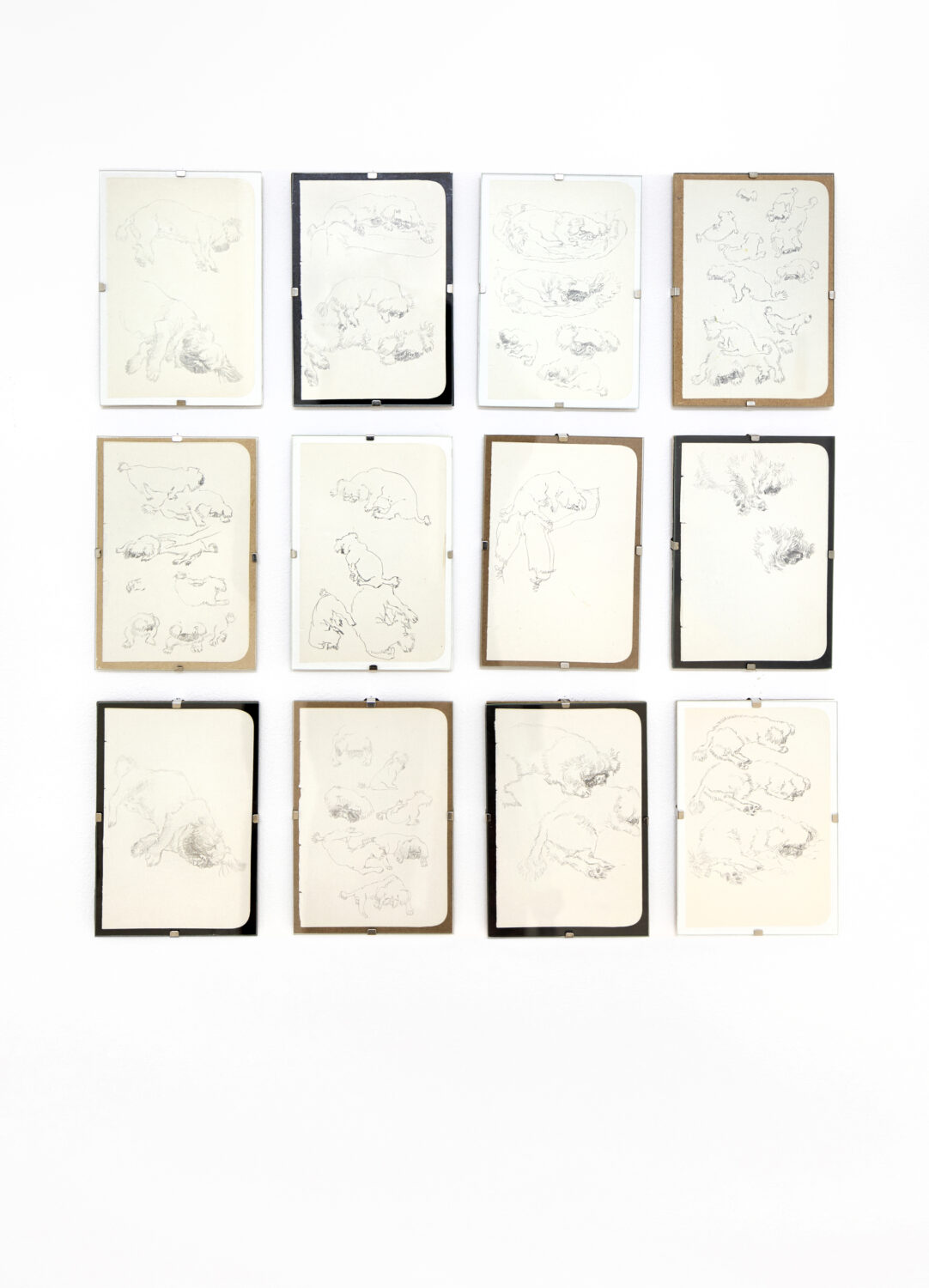 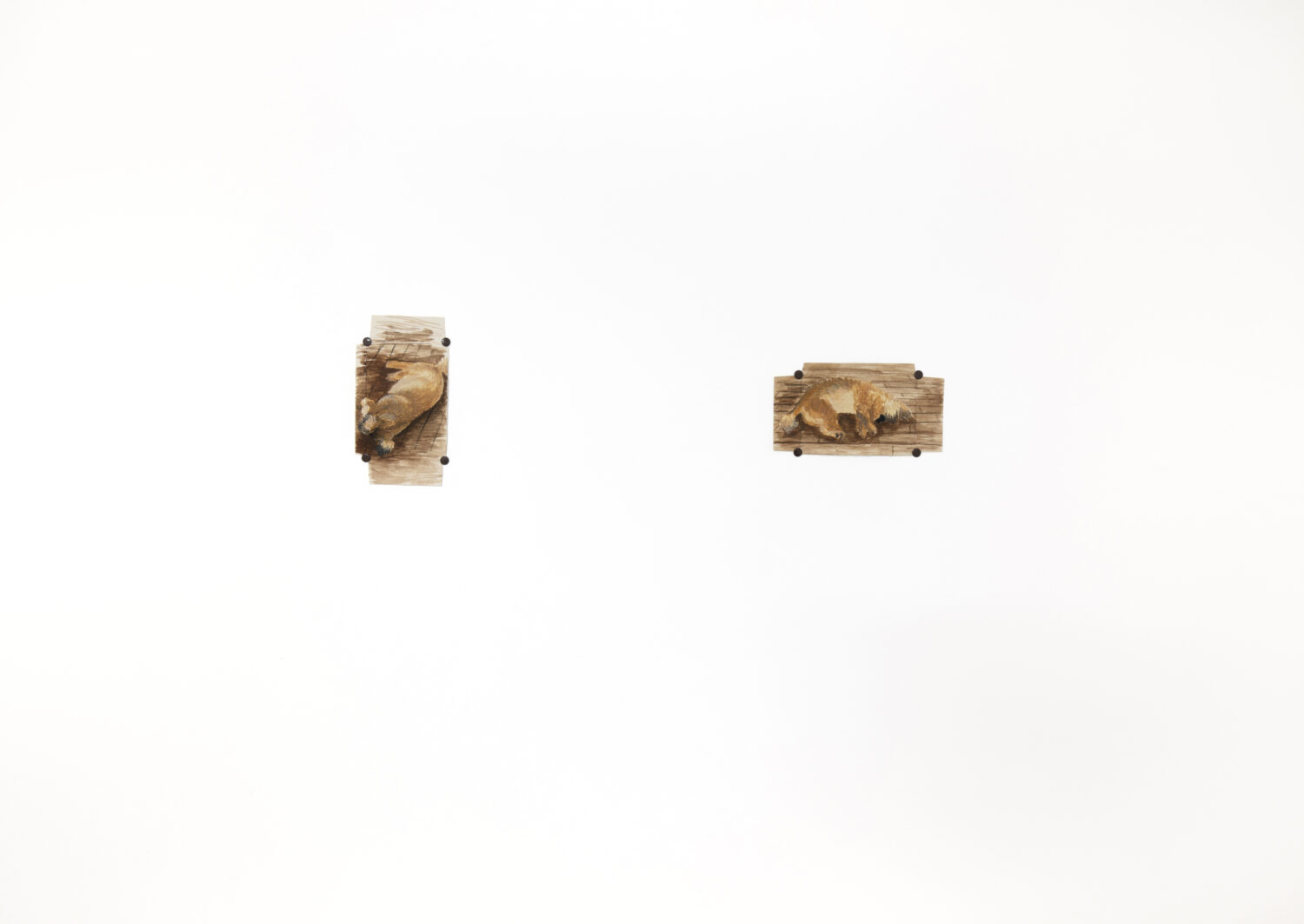 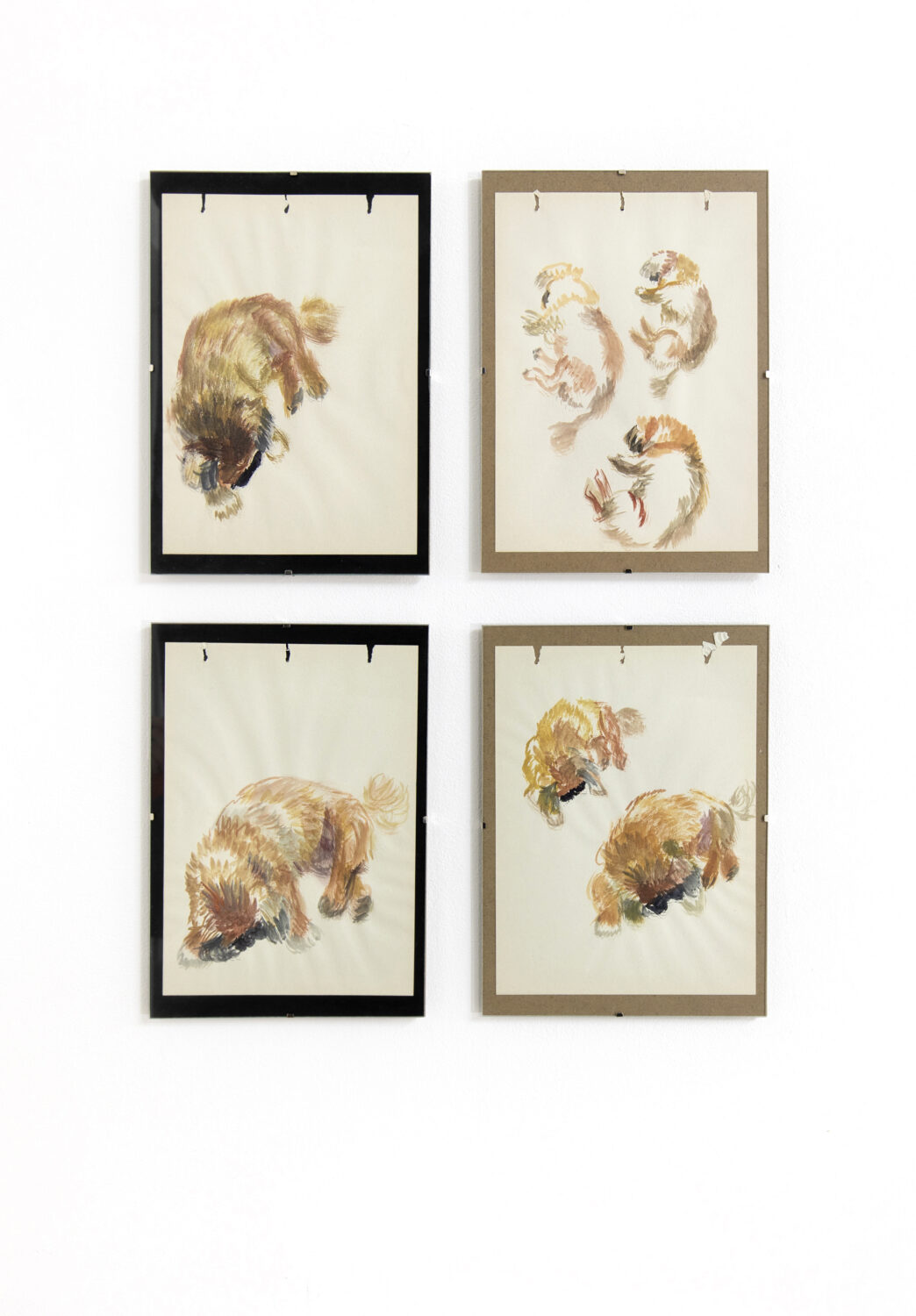 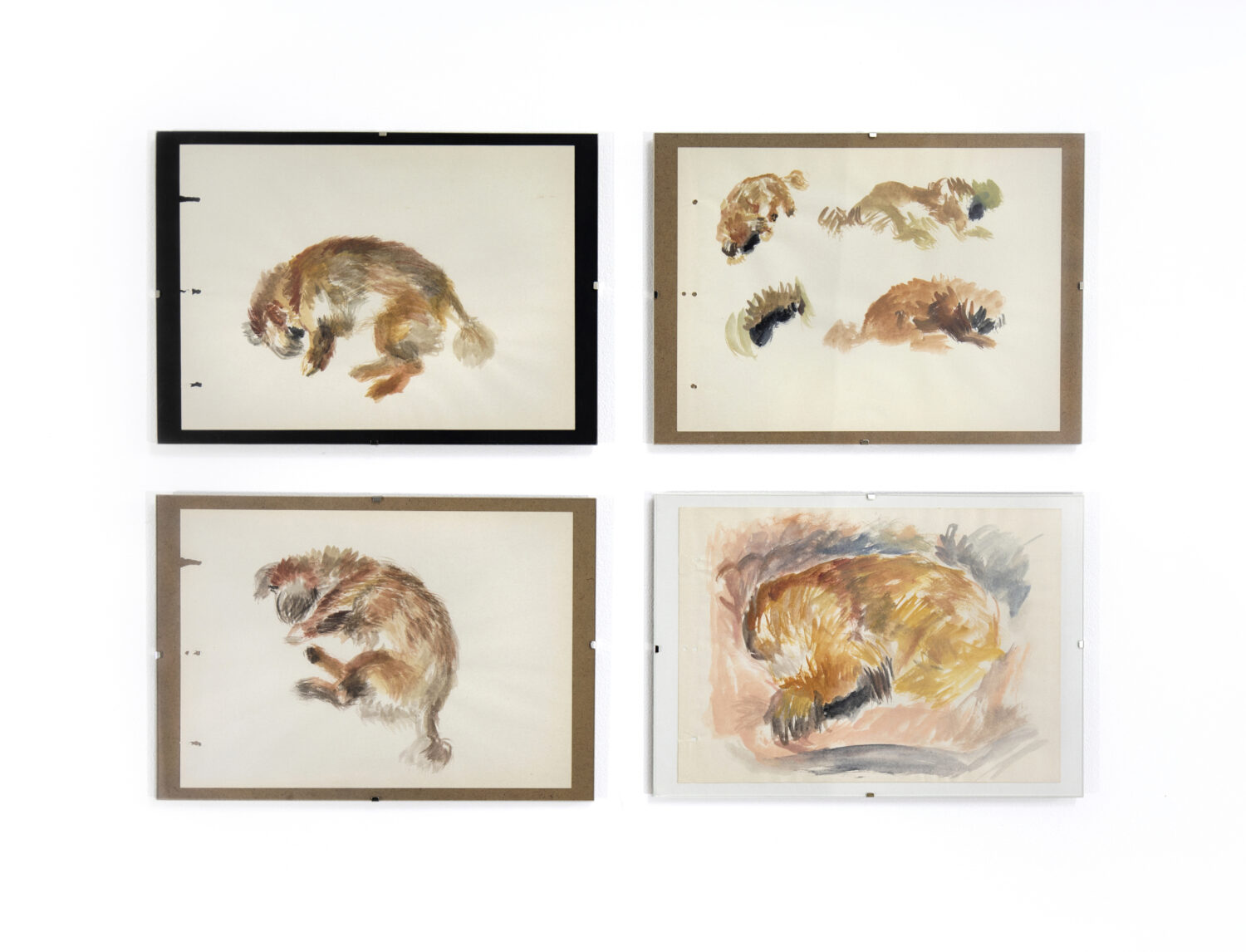 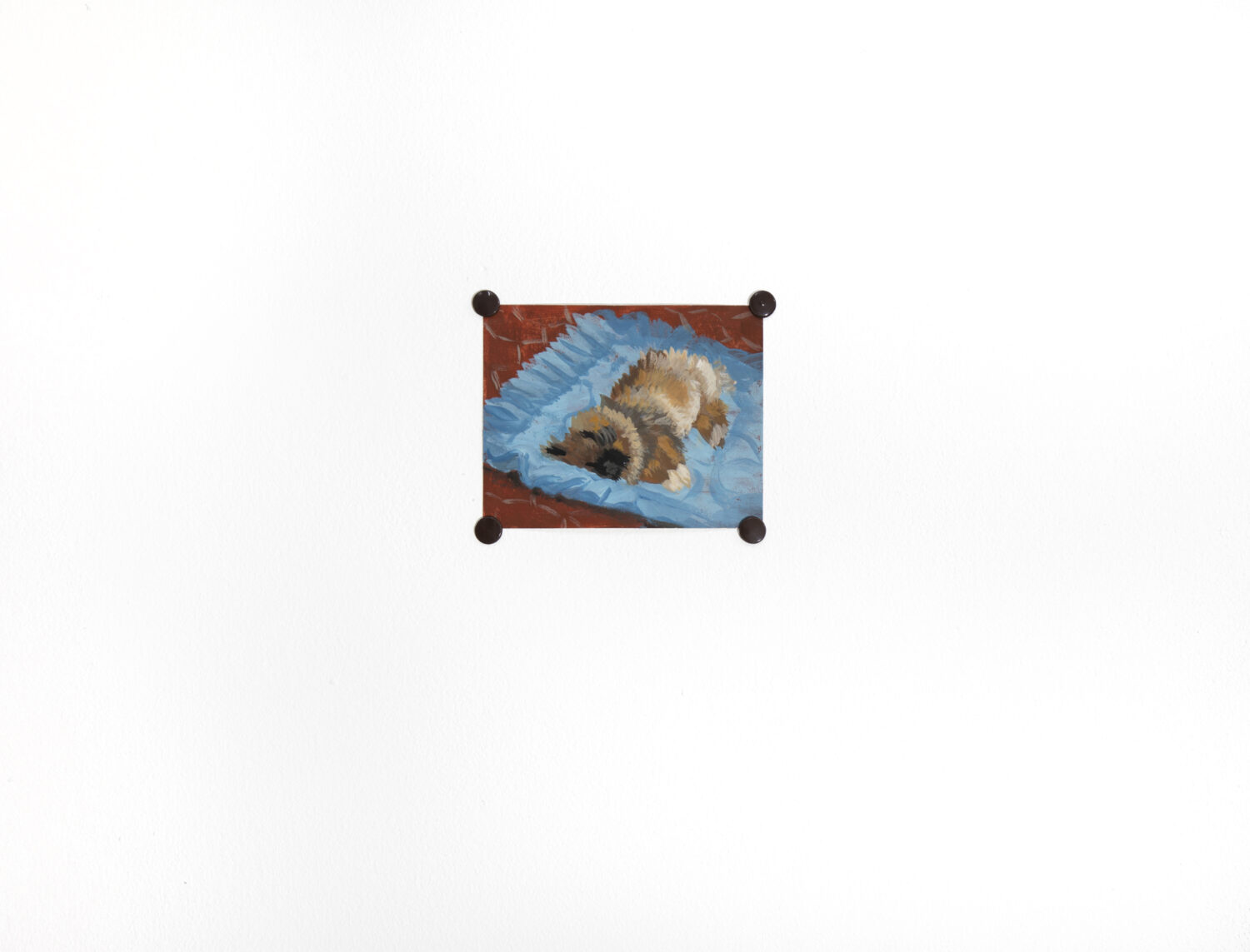 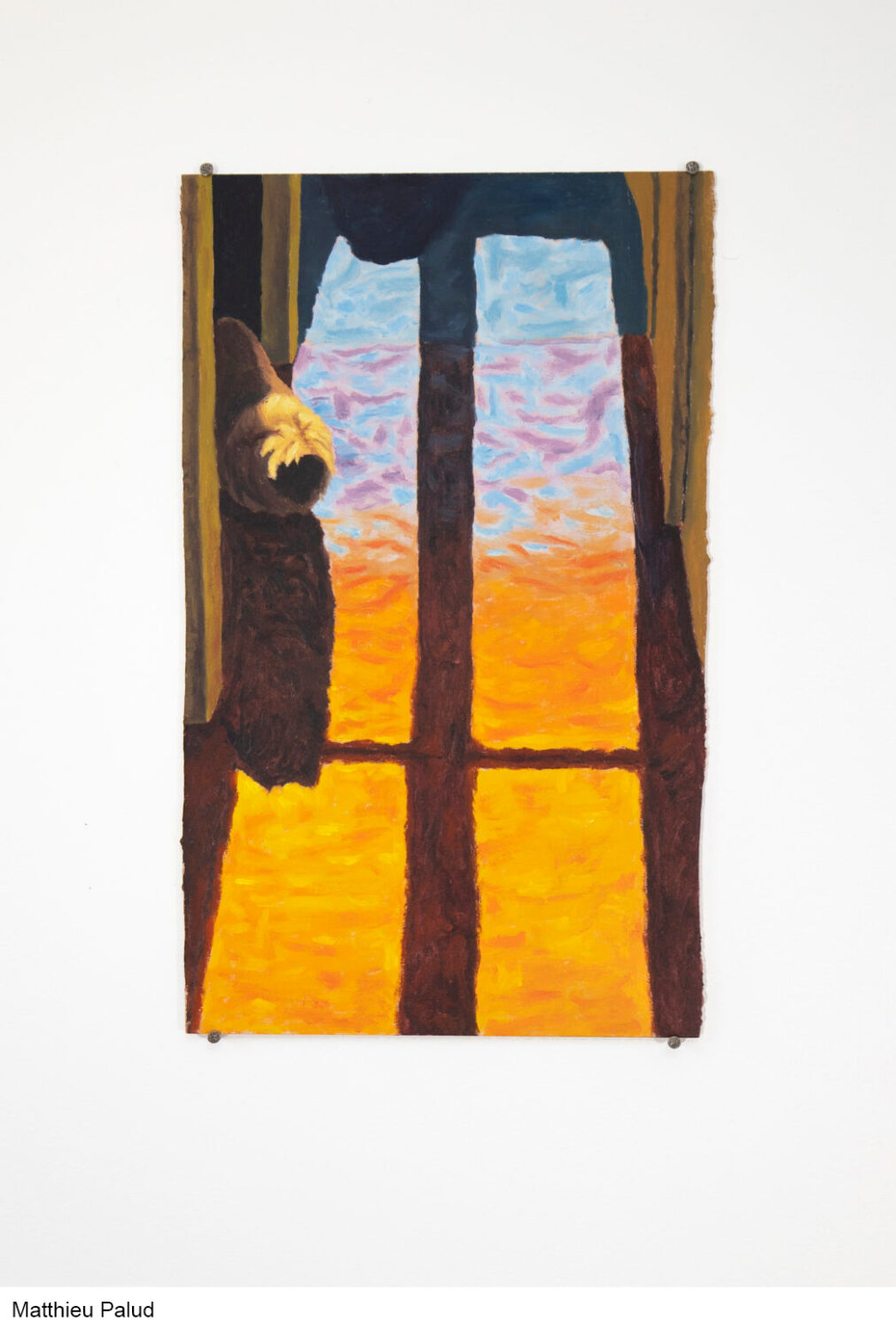 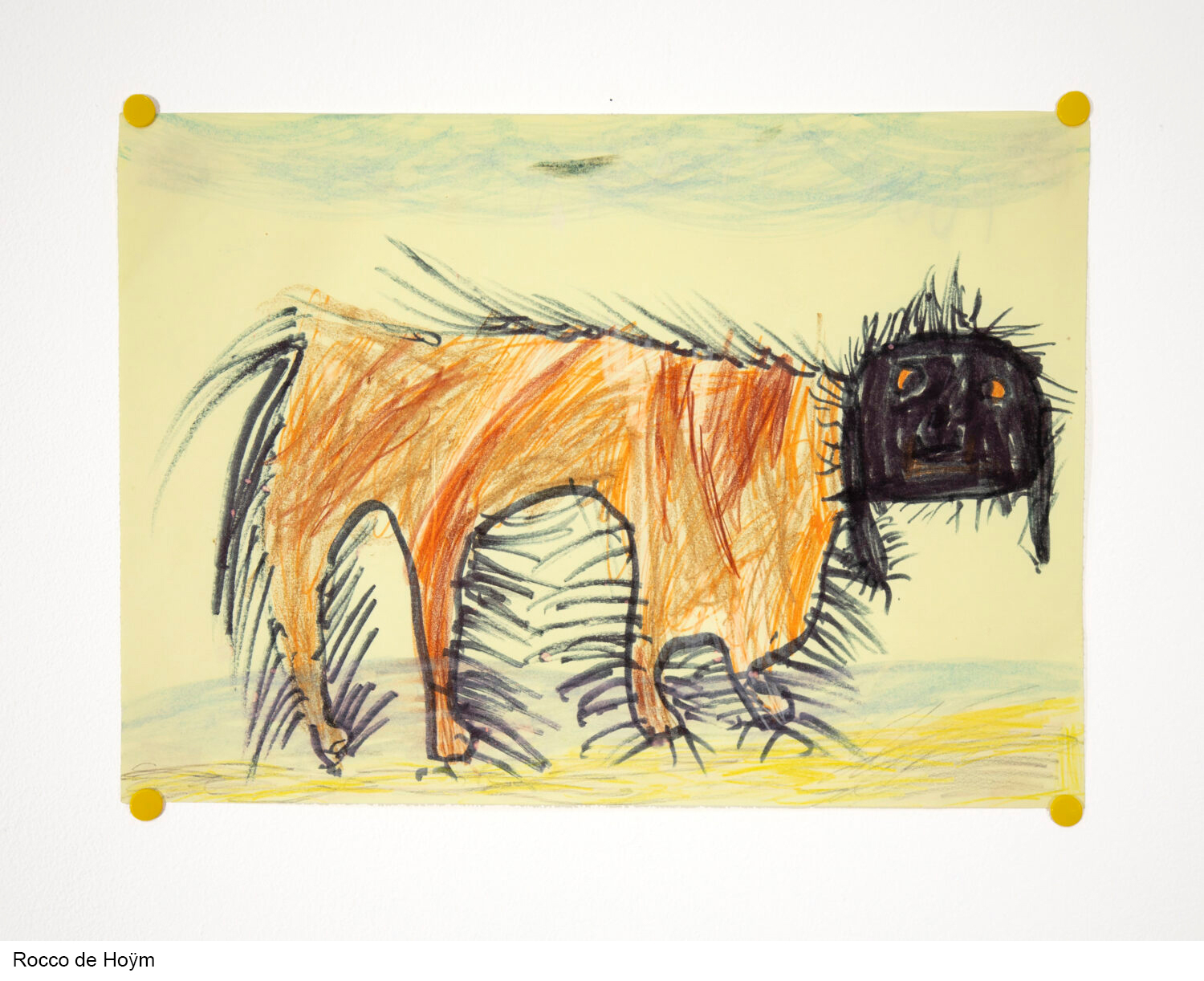 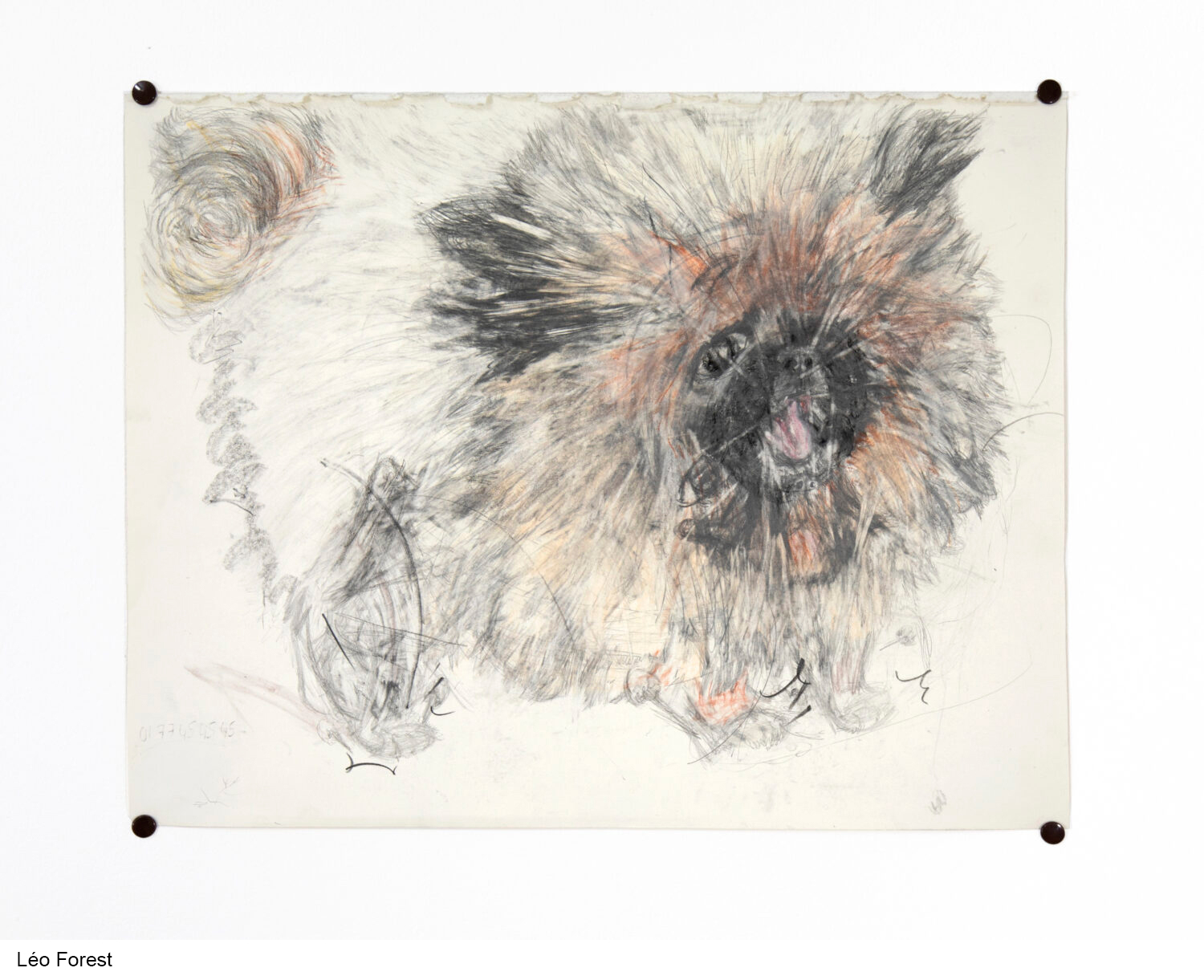 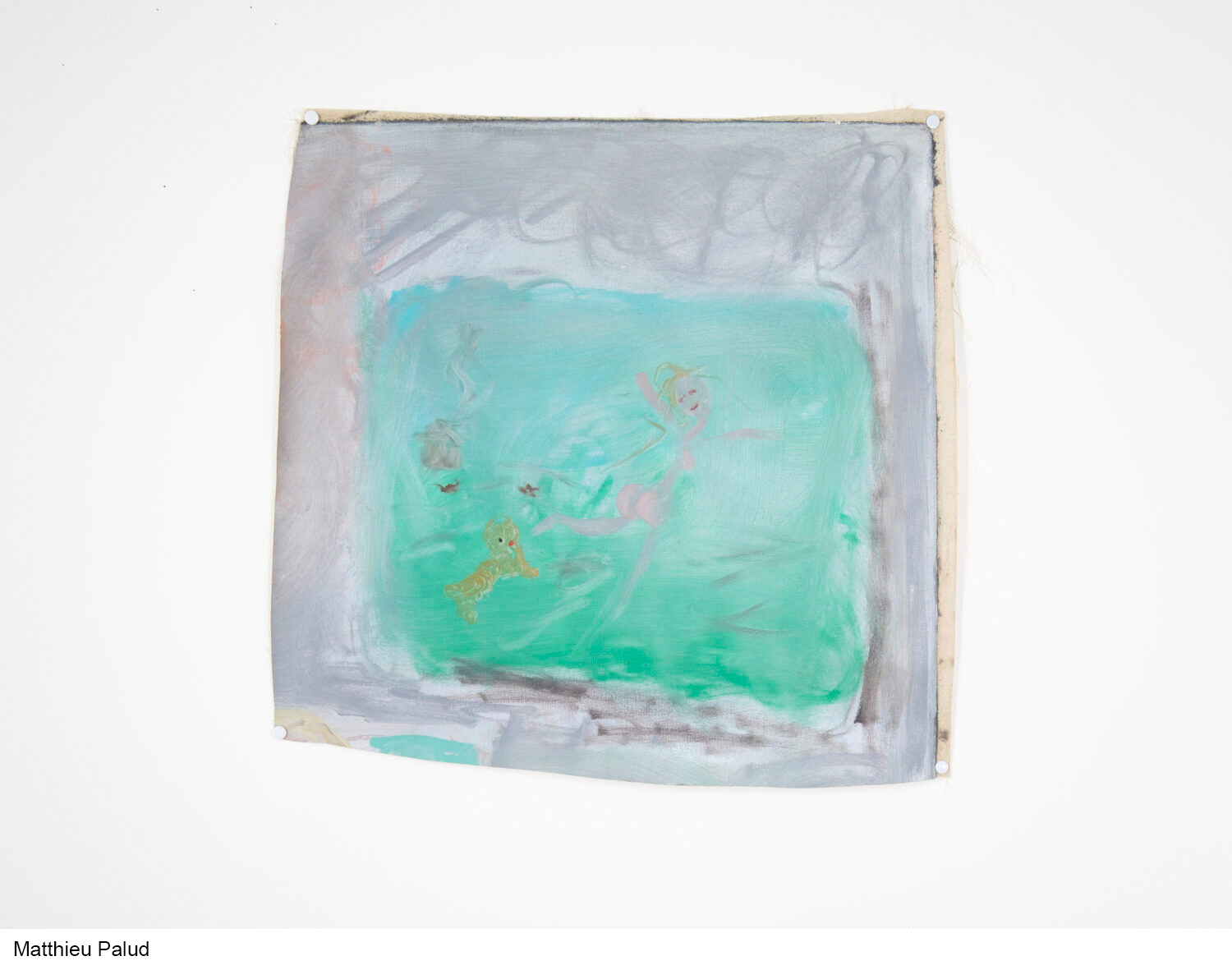 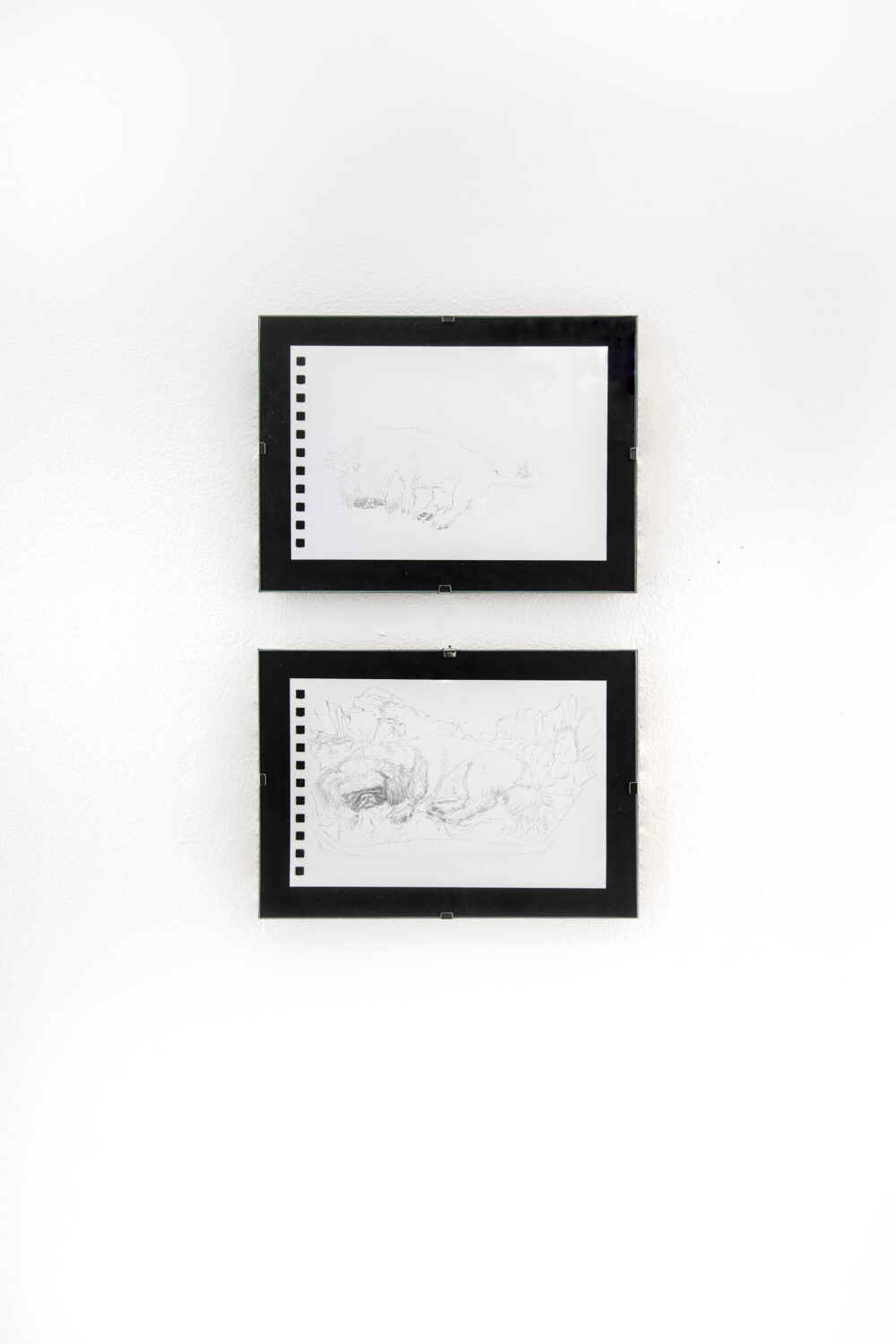 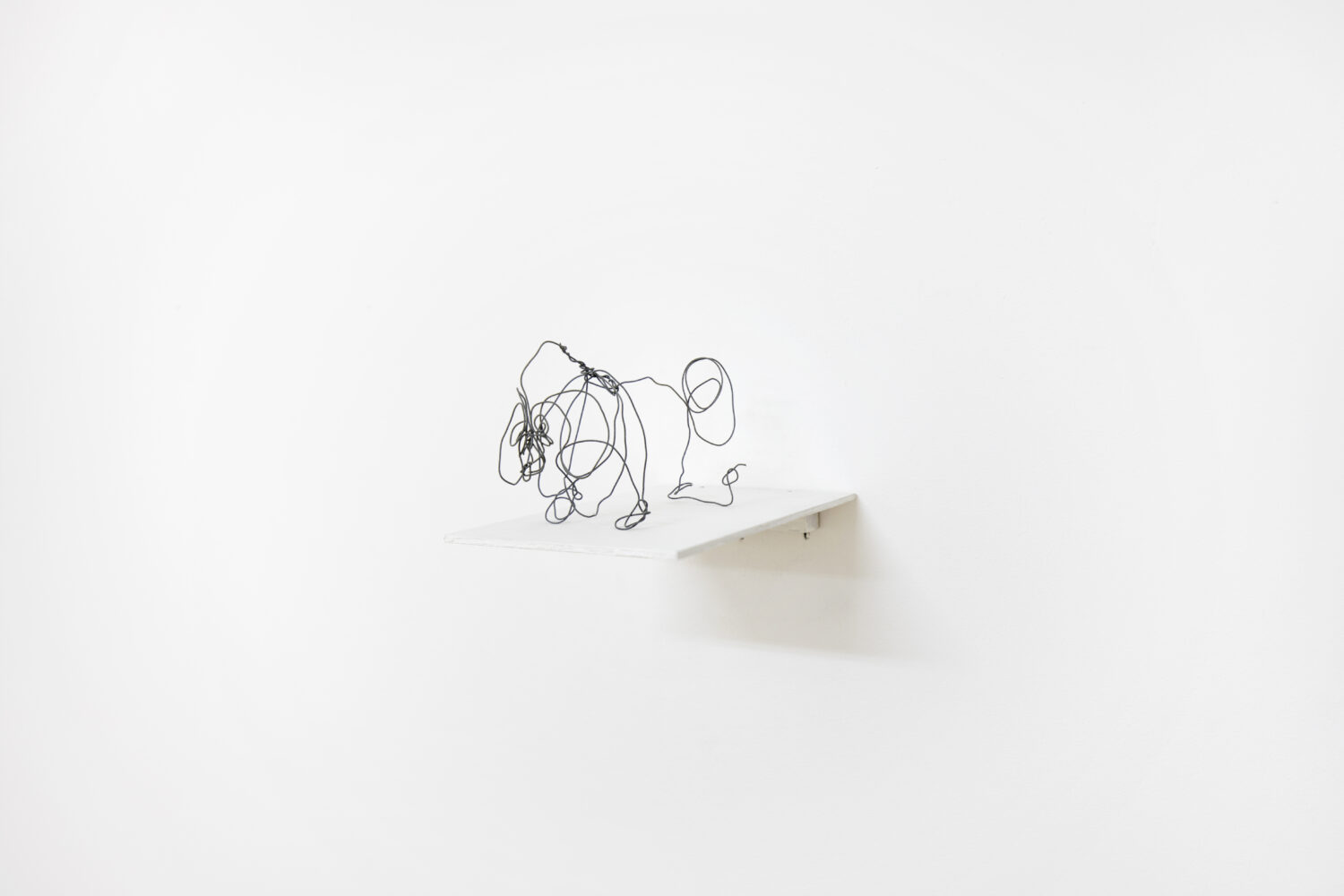 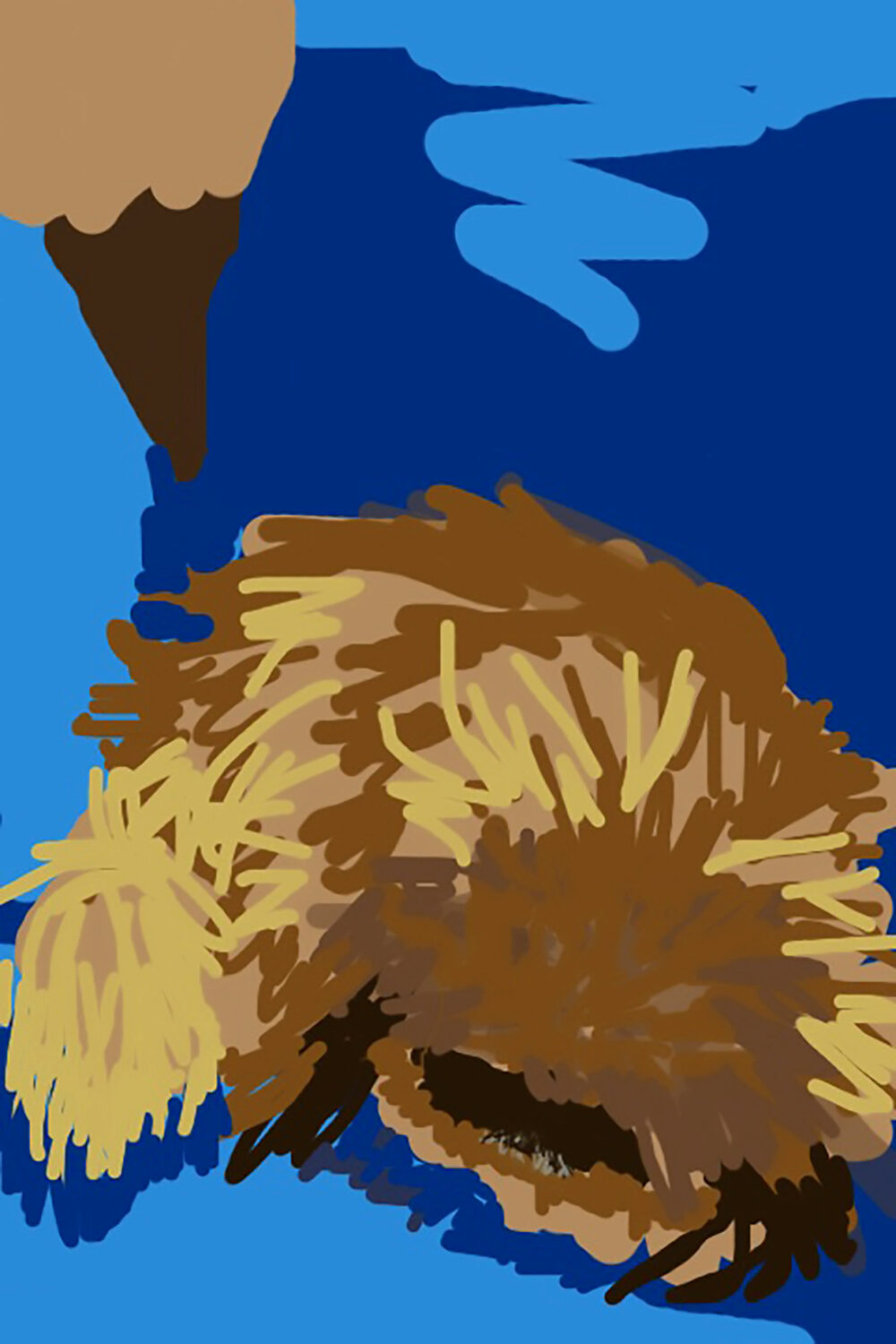 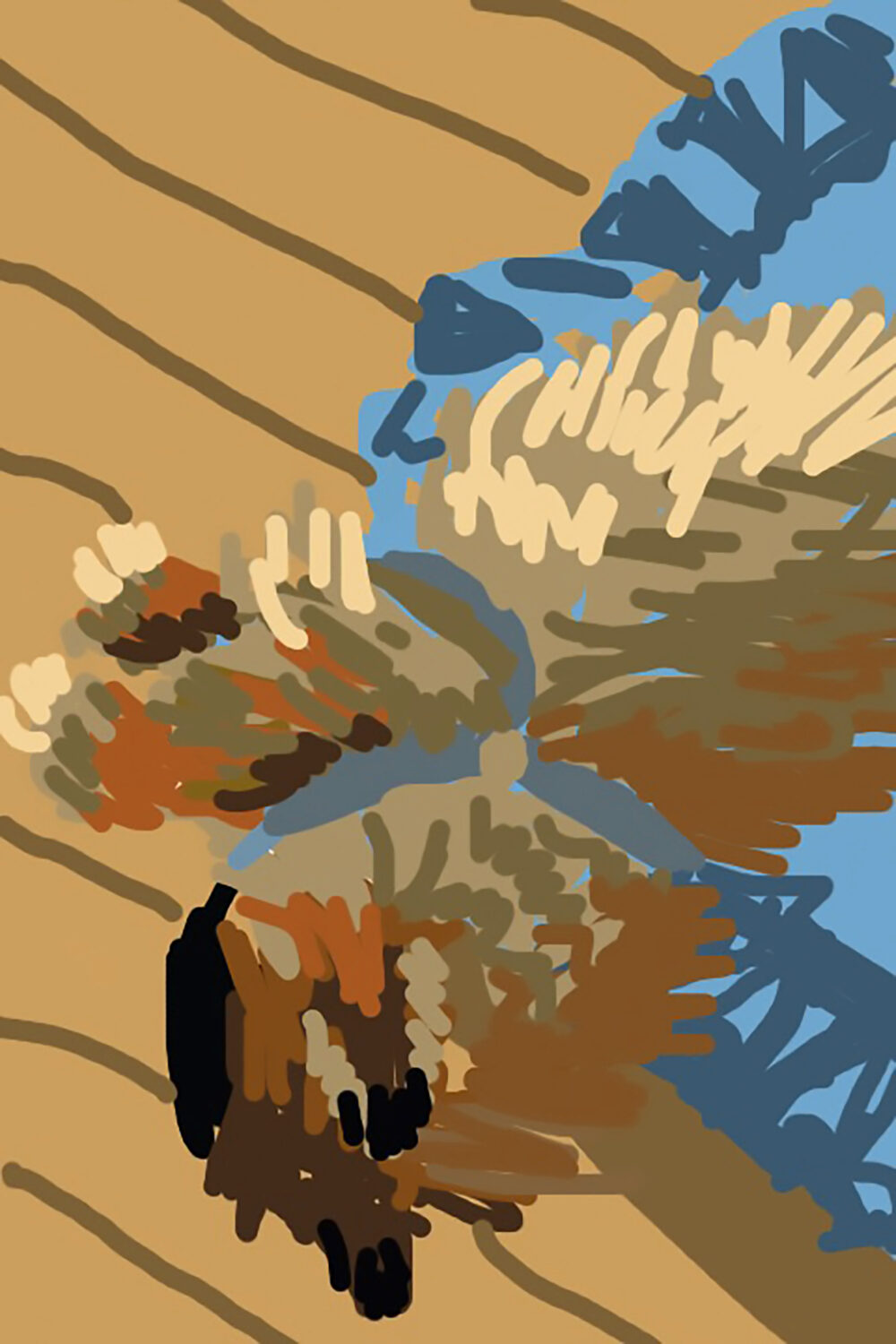 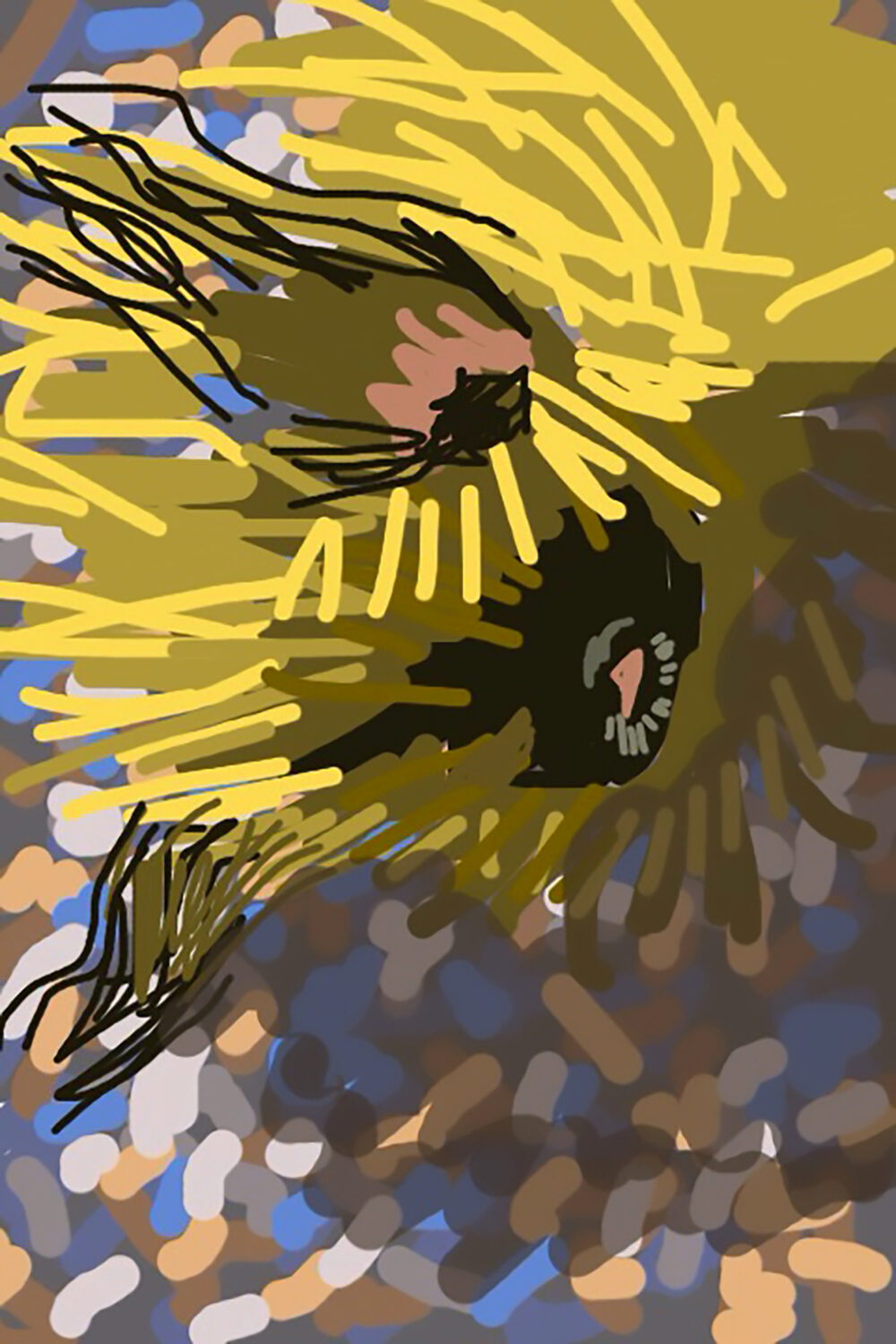 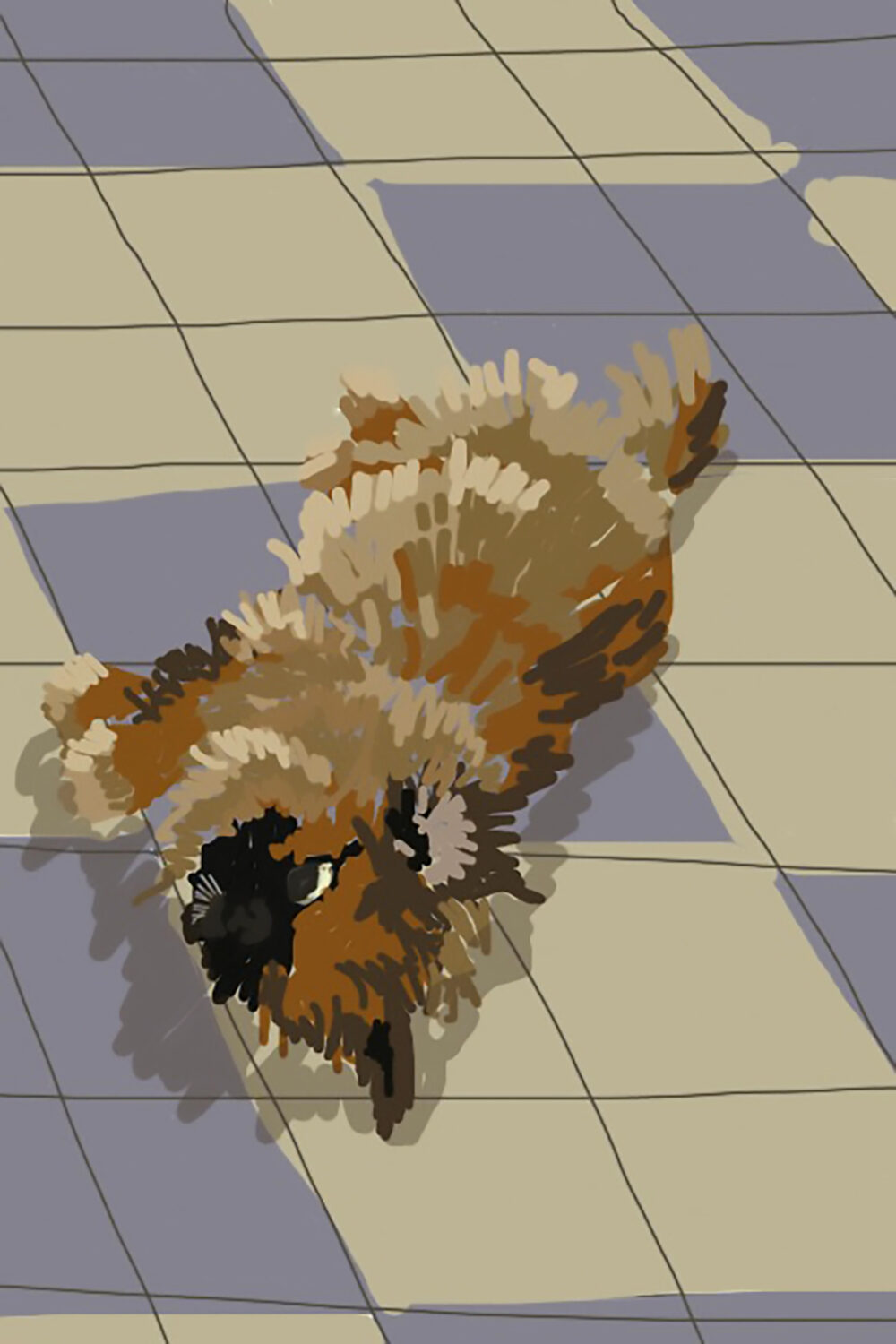 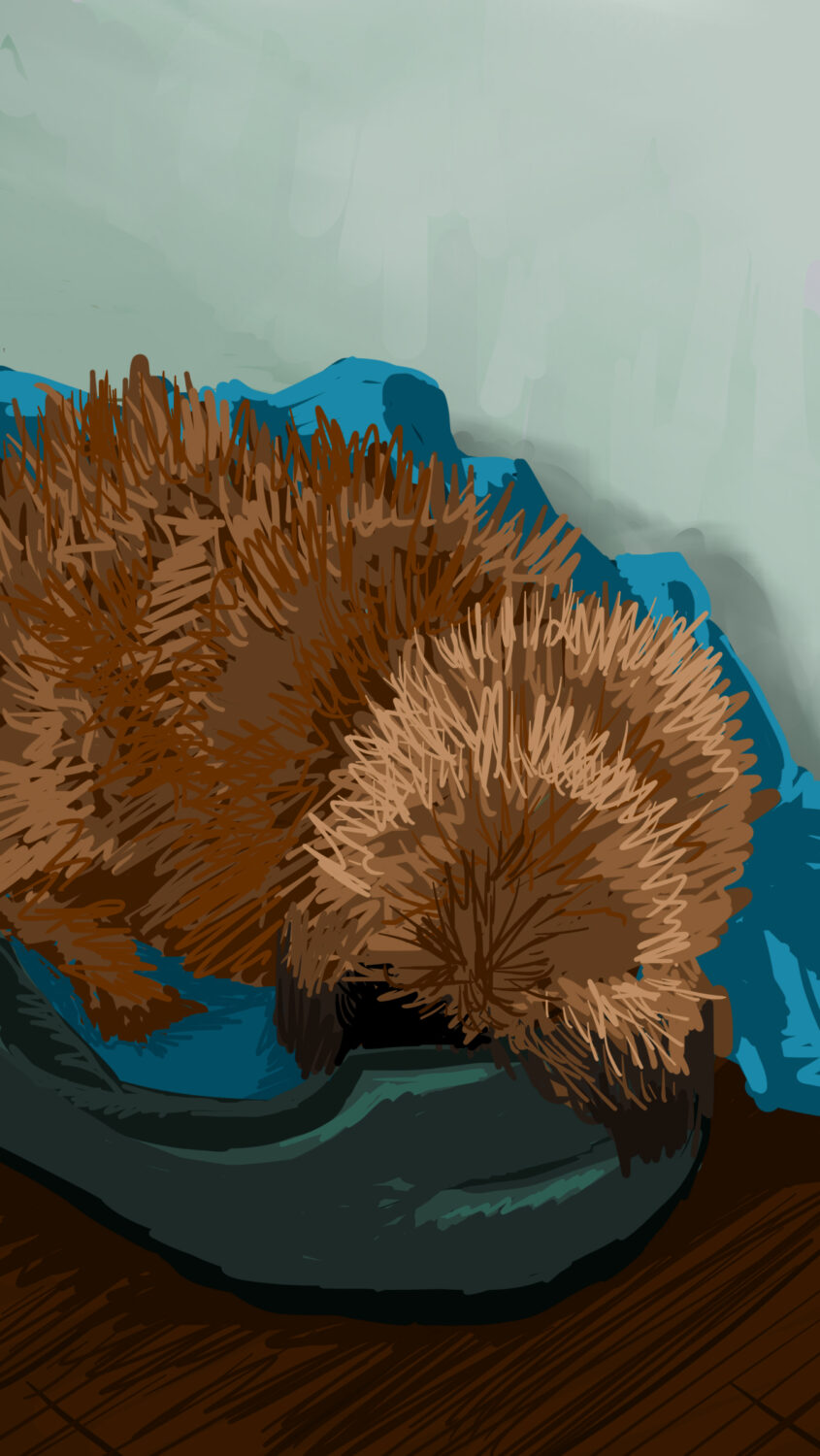 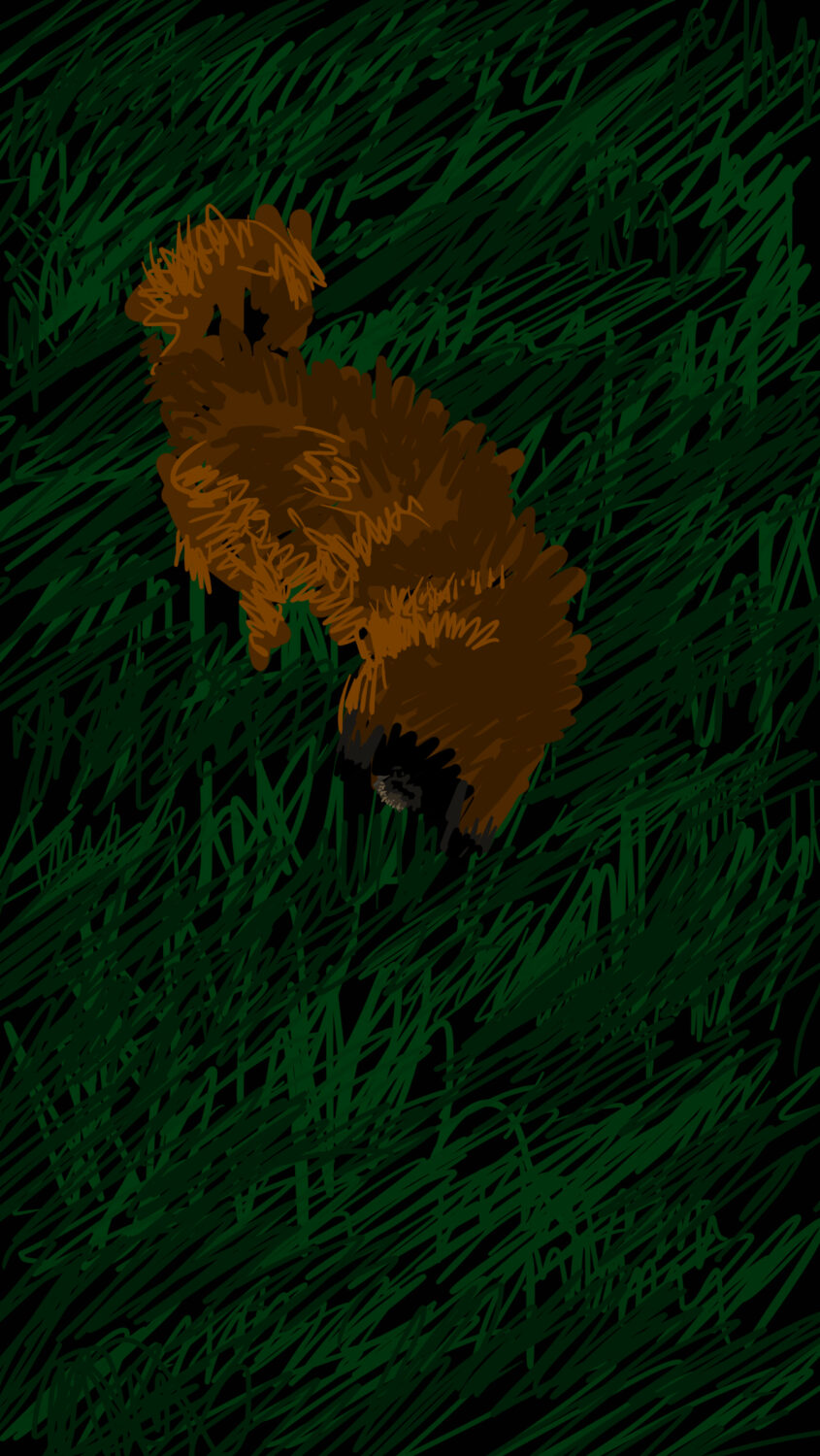 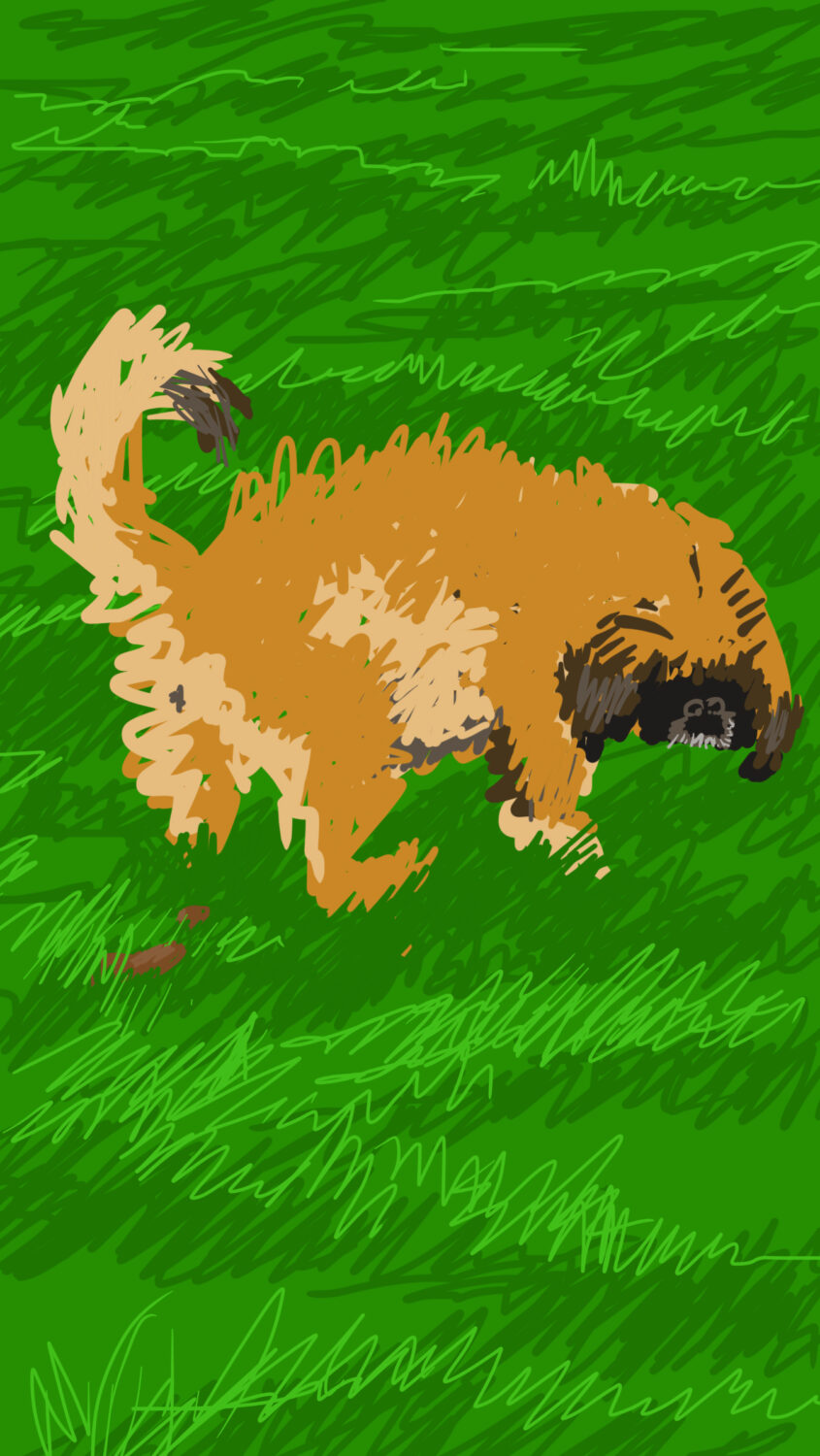 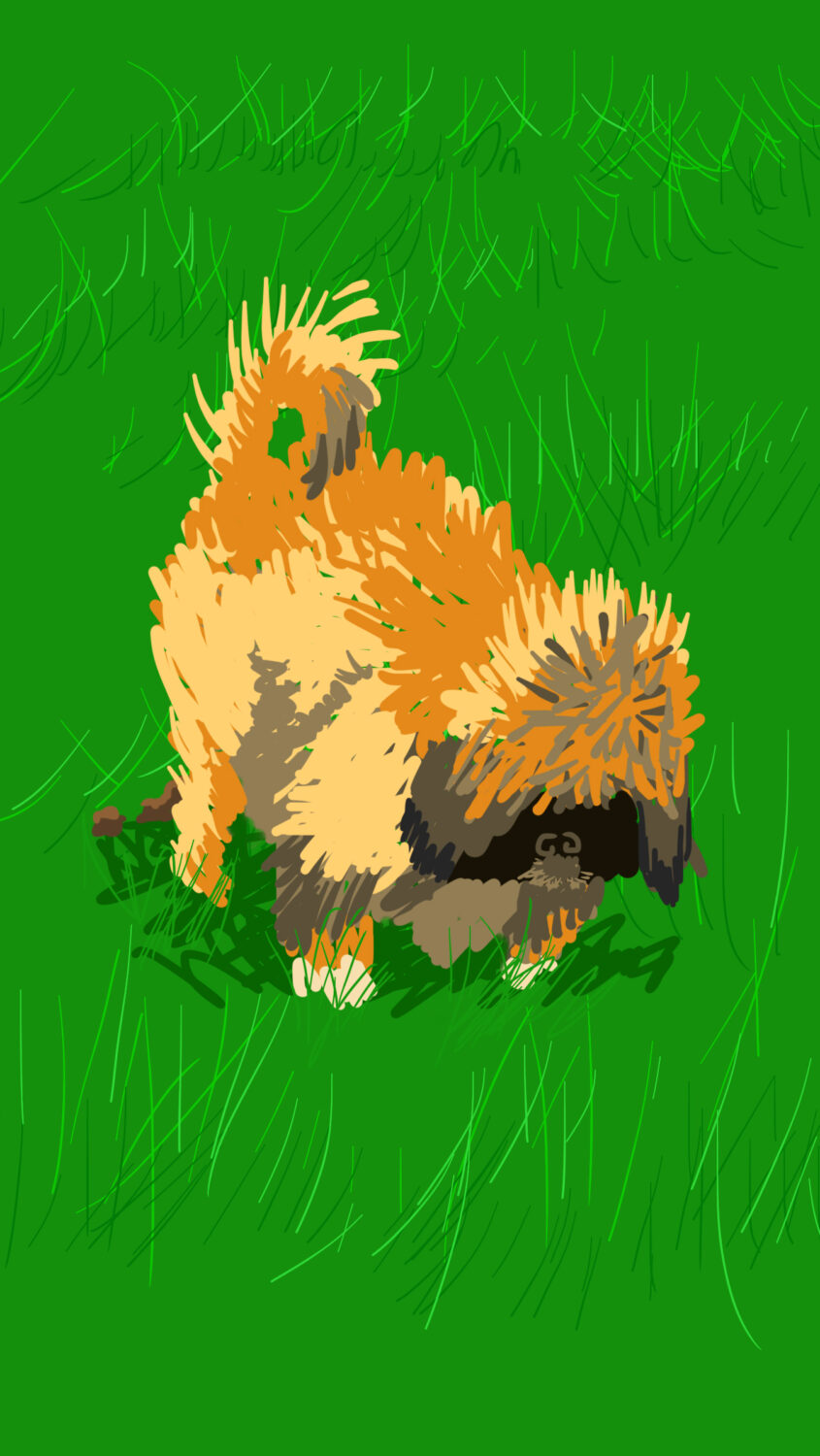 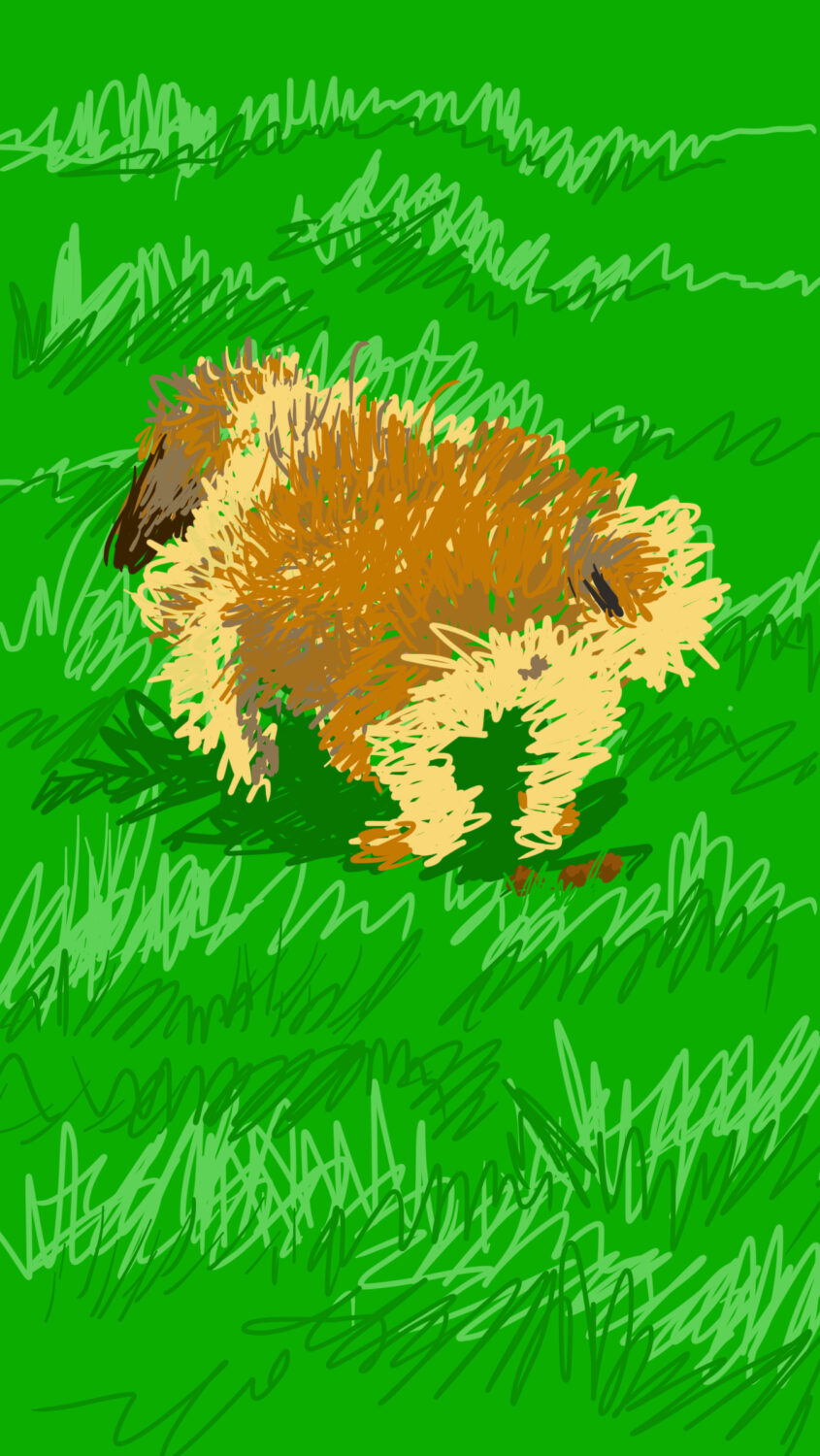